Birth of Francis Daniel Pastorius in Sommerhausen, Germany. He was a German lawyer who first traveled to America as the agent of a German Pietist organization interested in purchasing land in the New World. He purchased land from William Penn and founded the city of Germantown, Pennsylvania. He remained as a teacher in Germantown. He is the author of A New Primer or Methodical Directions to Attain the True Spelling, Reading, and Writing of English, 1698. 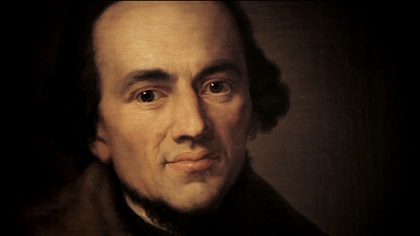 Birth of the philosopher, Moses Mendelssohn, in Dessau, Germany. His work contributed significantly to the ability of Jews to integrate into German society. He was a friend of the dramatist Gotthold Ephraim Lessing and influenced the character, Nathan, in the Lessing play, Nathan der Weise. In his own life Mendelssohn was given the appellation “the German Socrates.” His grandson was the composer Felix Mendelssohn.

Death of Hermann Günther Grassmann in Settin, Germany (now in Poland). Grassmann was a mathematician who developed a general calculus of vectors. His work in this area is exposed in Die lineale Ausdehnungslehre, ein neuer Zweig der Mathematik (1844). He taught at a high school in Settin.

Birth of Martin Heidegger in Messkirch, Germany. The philosopher, Heidegger is generally designated as existentialist and phenomenologist. The thought of Soeren Kierkegaard, Friedrich Nietzsche and Edmund Husserl played a role in the development of his own philosophy. Important works by Heidegger are Sein und Zeit, Zur Seinsfrage, Nietzsche and Was ist Metaphysik? Heidegger taught at the University of Freiburg. He joined the Nazi Party, as was expected of all in public life. The Allies investigated his Nazi activities but did not find the matter significant.

Birth of Charles Munch in Straßburg, Germany (now in France). Munch was a leading conductor of his age. He conducted the Gewandhaus Orchestra in Leipzig and the Paris Philharmonic Orchestra.

Birth of Hans Reichenbach in Hamburg, Germany. Reichenbach founded the Berlin philosophic school of logical positivism. He immigrated to the United States in 1938. He died in 1953 in Los Angeles.

Death of August Macke in Perthes-les-Hurlus, France (born in Meschede, Germany). The Expressionist painter was active in the artist group, Der Blaue Reiter. He accompanied Paul Klee on his artistic travels in Tunis. Macke died as a soldier in action in the early days of World War I.

Death of Georg Simmel in Strassburg, Germany (now in France). Simmel, a sociologist and philosopher is noted for his contributions to the methods of sociology. He was a professor at the universities of Berlin and Strassburg. He did much on the sociology of authority and submission as well as the depersonalization effects of money (Philosophie des Geldes, 1900).

Death of Leopold Ruzicka in Zürich, Switzerland. Ruzicka became a Swiss citizen and a professor of chemistry at the Swiss Federal Institute of Technology. He won the Nobel Prize for Chemistry in 1939 for his research on ringed molecules and terpenes. He was also the discoverer of the molecular structure of testosterone and was able to synthesize it.