St. Ansgar was born on September 8, 801 in Corbie (in modern France). In 823 he became a teacher in the newly founded monastery in Corvey in Westphalia (modern Germany). In 829 he founded the first Christian church in Sweden. He returned to Germany in 831 and became the first bishop of Hamburg. He continued his work of christianization in Denmark and Sweden, but after attacks by the Vikings not only was Christianity halted in those lands, but Hamburg itself was destroyed (845). He was then made the first bishop of Bremen. From there he continued his efforts to bring Christianity to the Scandinavian countries. He died in 865 in Bremen. Through his efforts he is known as the Apostle of the North. He was canonized by Pope Nicholas I. He is the patron saint of Denmark. 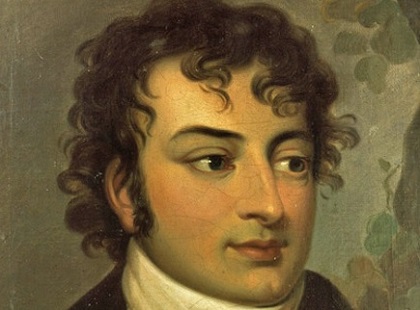 Birth of August Wilhem von Schlegel (1767-1845) in Hannover, Germany. Schlegel was a scholar and critic. He was a translator of the dramas of William Shakespeare. He was a leading intellectual of the Romantic movement in Germany and a professor of literature at the University of Bonn.

Birth of Eduard Mörike in Ludwigsburg, Germany. Mörike was one of the greatest German lyric poets. He also wrote novels and novellas. His best known novella is Mozart auf der Reise nach Prag.

Birth of Wilhelm Raabe in Eschershausen, Germany. Among his literary works are Die Chronik der Sperlingsgasse, Der Hungerpastor, and Stopfkuchen. 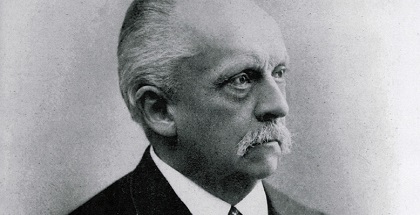 Death of Hermann Helmholtz (1821-1894) in Berlin. Hermann Ludwig Ferdinand von Helmholtz was a German physician and physicist who made significant contributions to several widely varied areas of modern science. In physiology and psychology, he is known for his mathematics of the eye, theories of vision, ideas on the visual perception of space, color vision research, and on the sensation of tone, perception of sound, and empiricism. In physics, he is known for his theories on the conservation of energy, work in electrodynamics, chemical thermodynamics, and on a mechanical foundation of thermodynamics. As a philosopher, he is known for his philosophy of science, ideas on the relation between the laws of perception and the laws of nature, the science of aesthetics, and ideas on the civilizing power of science. The largest German association of research institutions, the Helmholtz Association, is named after him.

Karl Friedrich Goerdeler is sentenced to death. Goerdeler was a leader in the German resistance during WWII. He was deeply involved in the assassination attempt on Hitler. He would likely have taken control of the government had the attempt succeeded.

Death of Richard Strauss in Garmisch-Partenkirchen, Germany. (Richard Strauss is not the Waltz King of Vienna, that was Johann Strauss.) Richard Strauss is known today in America by most people for his “Also sprach Zarathustra” which was used as the opening theme in the movie “2001 a Space Odyssey”. He was a prolific composer of modern operas. Among his well known operas are Elektra and Der Rosenkavalier. 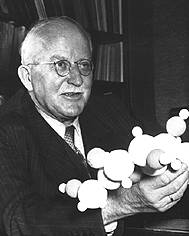 Death of Hermann Staudinger in Freiburg im Breisgau, Germany. Staudinger won the Nobel Prize for Chemistry in 1953 for his demonstration that polymers are long-chain molecules. This knowledge was one of the keys in making the development of plastics possible.