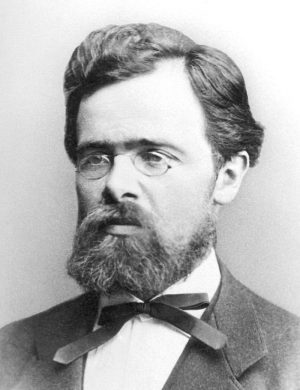 Carl von Linde was a German engineer (born on June 11, 1842 – died on November 16, 1934). Linde was best known for his refrigeration and gas separation technologies.

Carl von Linde was the first person to extract oxygen gas from the air, making it a commercially viable product and thus launching the industrial gas industry. He also developed modern refrigeration.

The discovery of oxygen and investigation of its role in chemical reactions was of crucial importance in changing the science of chemistry. Initially, however, the discovery had little impact outside the laboratory since oxygen could be produced only in the lab and in limited quantities by chemical or electrolytic means. It was the achievement of Carl von Linde in 1902 to take oxygen from the air itself, and he was soon extracting it in quantities approaching 1,000 cubic feet per hour. Oxygen became a common commodity that was supplied to hospitals and industries and was later used in rocket fuel.

Born in Berndorf, Germany as the son of a German-born minister and Swedish mother, was expected to follow in his father’s footsteps, but took another direction entirely. Von Linde’s family moved to Münich, Bavaria in 1854 and eight years later he started a course in engineering at the Swiss Federal Institute of Technology in Zürich, Switzerland, where his teachers included Rudolf Clausius, Gustav Zeuner and Franz Reuleaux.

Cylinders of oxygen being loaded on a tractor-trailer truck (1914) owned by the Linde Air Products Company. Photo credit Praxair, Inc.

In 1864, he was expelled before graduating for participating in a student protest, but Reuleaux found him a position as an apprentice at the Kottern cotton-spinning plant in Kempten. Linde stayed only a short time before moving first to Borsig in Berlin and then to the new Krauss locomotive factory in Munich, where he worked as head of the technical department. Von Linde married Helene Grimm in September 1866; their marriage lasted 53 years and they had six children.

In 1868 Linde learned of a new university opening in Munich (the Technische Hochschule) and immediately applied for a job as a lecturer; he was accepted—at the age of 26—for the position. He became a full professor of mechanical engineering in 1872, and set up an engineering lab where students such as Rudolf Diesel studied.

His research there on heat theory, from 1873 to 1877, led to his invention of the first reliable and efficient compressed-ammonia refrigerator. The company he established to promote this invention was an international success: refrigeration rapidly displaced ice in food handling and was introduced into many industrial processes. 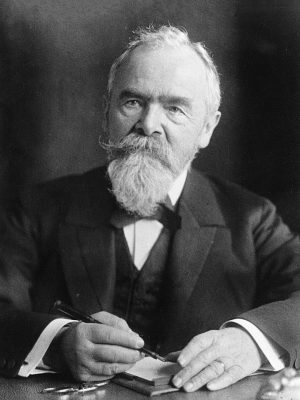 After a decade Linde withdrew from managerial activities to refocus on research, and in 1895 he succeeded in liquefying air by first compressing it and then letting it expand rapidly, thereby cooling it. He then obtained oxygen and nitrogen from the liquid air by slow warming. In the early days of oxygen production, the biggest use by far for the gas was the oxyacetylene torch, invented in France in 1904, which revolutionized metal cutting and welding in the construction of ships, skyscrapers, and other iron and steel structures.

In 1897, Linde was appointed to the Order of Merit of the Bavarian Crown and ennobled in accordance with its statutes.

In addition to Linde’s technical and engineering abilities, he was a successful entrepreneur. He formed many successful partnerships in Germany and internationally, working effectively to exploit the value of his patents and knowledge through licensing arrangements.

One company formed to use Linde’s later patents was the Linde Air Products Company, founded in Cleveland in 1907. In 1917 Linde Air Products joined with four other companies that produced acetylene, among other products, to form Union Carbide and Carbon Corporation. In 1992, Linde Air again became an independent company—Praxair.