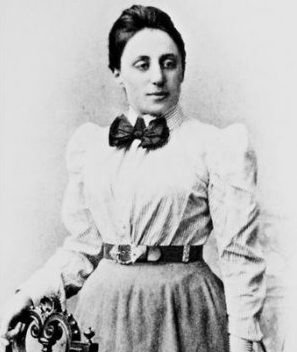 Emmy Noether (March 23, 1882 – April 14, 1935) was a German mathematician known for her landmark contributions to abstract algebra and theoretical physics. She was named Amalie, but always called “Emmy”. She was the eldest of four children, but one of only two that survived childhood. Her brother, Fritz also made a career of mathematics. Her father was Max Noether, a noted mathematician of his time. Her mother was Ida Amalie, for whom Emmy was named.

Albert Einstein called her the most “significant” and “creative” female mathematician of all time, and others of her contemporaries were inclined to drop the modification by sex. She invented a theorem that united with magisterial concision two conceptual pillars of physics: symmetry in nature and the universal laws of conservation. Some consider Noether’s theorem, as it is now called, as important as Einstein’s theory of relativity; it undergirds much of today’s vanguard research in physics, including the hunt for the almighty Higgs boson. Yet Noether herself remains utterly unknown, not only to the general public, but to many members of the scientific community as well.

Noether was a highly prolific mathematician, publishing groundbreaking papers, sometimes under a man’s name, in rarefied fields of abstract algebra and ring theory. And when she applied her equations to the universe around her, she discovered some of its basic rules, like how time and energy are related, and why it is, as the physicist Lee Smolin of the Perimeter Institute put it, “that riding a bicycle is safe.”

As a child, Emmy Noether did not concentrate on mathematics. She spent her time in school studying languages, with a concentration on French and English. Her mother taught her the traditional skills of a young woman of that time. She learned to cook, clean, and play the clavier. At the time of her graduation from high school, she passed a test that allowed her to teach both French and English at schools for young women. 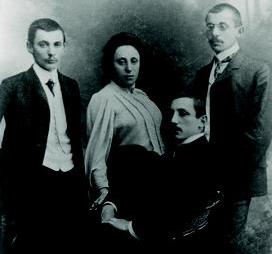 Emmy Noether with her brothers Alfred, Fritz, and Robert, before 1918

At the age of 18, Emmy Noether decided to take classes in mathematics at the University of Erlangen. Her brother, Fritz, was a student there, and her father was a professor of mathematics. Because she was a woman, the university refused to let Emmy Noether take classes They granted her permission to audit classes. She sat in on classes for two years, and then took the exam that would permit her to be a doctoral student in mathematics. She passed the test, and finally was a student in good standing at the University. After five more years of study, she was granted the second degree to a woman in the field of mathematics. The first graduated a year earlier.

Now that Emmy Noether had her doctorate in mathematics, she was ready to find a job teaching. The University of Erlangen would not hire her, as they had a policy against women professors. She decided to help her father at the Mathematics Institute in Erlangen. She began doing research there, and helped her father by teaching his classes when he was sick. Soon, she began to publish papers on her work.

During the ten years Emmy worked with her father, Germany became involved in World War I. Emmy was a pacifist at heart, and hated the war. She longed for a Germany that was not at war. In 1918, her wish was granted, as the war ended. The German monarchy was removed and the country became a republic. Noether, and all women in Germany, were given the right to vote for the first time. Even with the new rights granted to women, Noether was not paid for her work teaching.

Noether remained a leading member of the Göttingen mathematics department until 1933. Her students were sometimes called the “Noether boys”. In 1924, Dutch mathematician B. L. van der Waerden joined her circle and soon became the leading expositor of Noether’s ideas: her work was the foundation for the second volume of his influential 1931 textbook, Moderne Algebra. By the time of her plenary address at the 1932 International Congress of Mathematicians in Zürich, her algebraic acumen was recognized around the world. 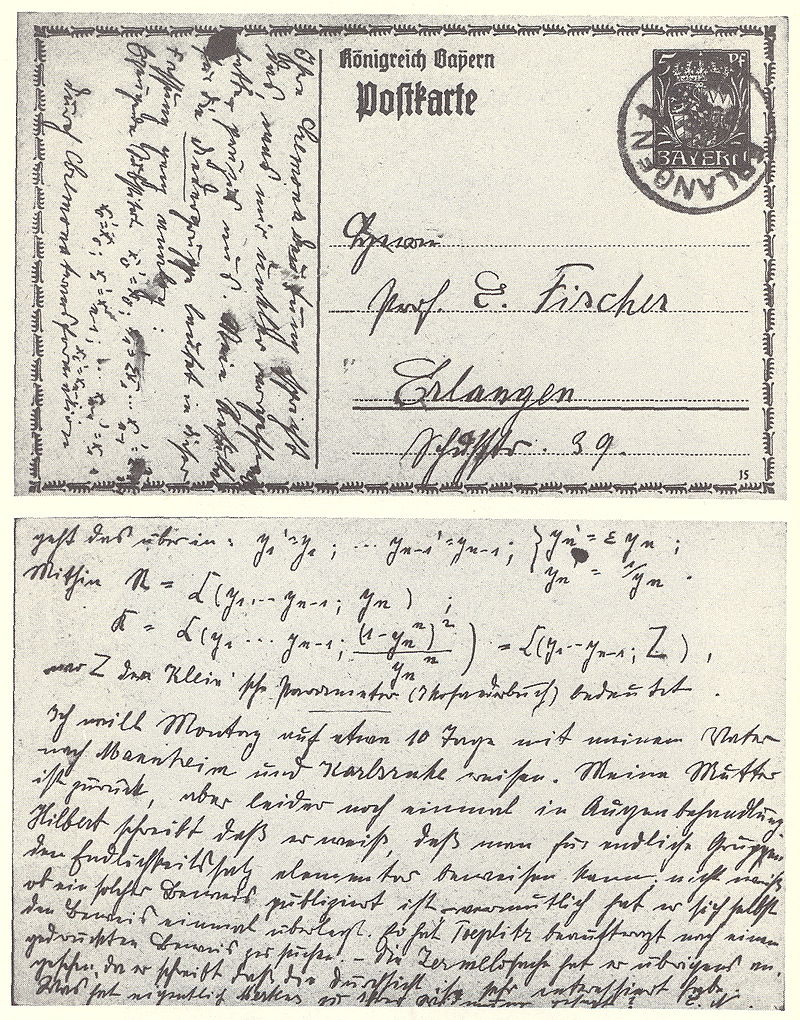 Noether’s mathematical work has been divided into three “epochs”. In the first (1908–19), she made contributions to the theories of algebraic invariants and number fields. Her work on differential invariants in the calculus of variations, Noether’s theorem, has been called “one of the most important mathematical theorems ever proved in guiding the development of modern physics”. In the second epoch (1920–26), she began work that “changed the face of [abstract] algebra”. In her classic paper Idealtheorie in Ringbereichen (Theory of Ideals in Ring Domains, 1921) Noether developed the theory of ideals in commutative rings into a tool with wide-ranging applications. She made elegant use of the ascending chain condition, and objects satisfying it are named Noetherian in her honor. In the third epoch (1927–35), she published works on noncommutative algebras and hypercomplex numbers and united the representation theory of groups with the theory of modules and ideals. In addition to her own publications, Noether was generous with her ideas and is credited with several lines of research published by other mathematicians, even in fields far removed from her main work, such as algebraic topology.

In 1933, Germany’s Nazi government dismissed Jews from university positions, and Noether moved to the United States to take up a position at Bryn Mawr College in Pennsylvania. She said she felt deeply appreciated as she never had been in Germany.

That didn’t last long, though. Only 18 months after her arrival in the United States, at the age of 53, Noether was operated on for an ovarian cyst, and died within days. There is no record of Noether ever marrying or having children.