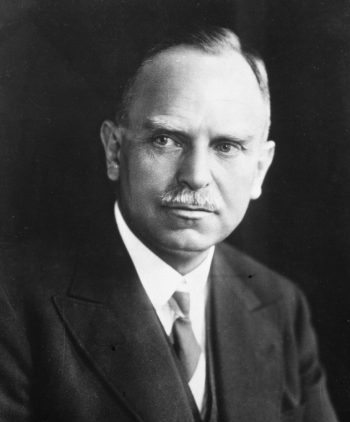 Otto Hahn (1879-1968) was a German Chemist, who was awarded the Nobel Prize for Chemistry in 1944 – for his work in discovering nuclear fission. He was a distinguished chemist who worked in the pioneering fields of radio chemistry. After the Second World War, he was a campaigner against the use of nuclear weapons and became an influential scientific figure in West Germany.

Hahn was the son of a glazier. Although his parents wanted him to become an architect, he eventually decided to study chemistry at the University of Marburg. There Hahn worked hard at chemistry, though he was inclined to absent himself from physics and mathematics lectures in favour of art and philosophy, and he obtained his doctorate in 1901. After a year of military service, he returned to the university as chemistry lecture assistant, hoping to find a post in industry later on.

In 1904 he went to London, primarily to learn English, and worked at University College with Sir William Ramsay, who was interested in radioactivity. While working on a crude radium preparation that Ramsay had given to him to purify, Hahn showed that a new radioactive substance, which he called radiothorium, was present. 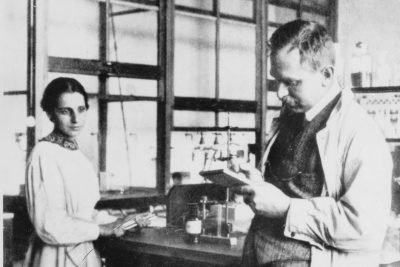 Fired by this early success and encouraged by Ramsay, who thought highly of him, he decided to continue with research on radioactivity rather than go into industry. With Ramsay’s support he obtained a post at the University of Berlin. Before taking it up, he decided to spend several months in Montreal with Ernest Rutherford (later Lord Rutherford of Nelson) to gain further experience with radioactivity. Shortly after returning to Germany in 1906, Hahn was joined by Lise Meitner, an Austrian-born physicist, and five years later they moved to the new Kaiser Wilhelm Institute for Chemistry at Berlin-Dahlen. There Hahn became head of a small but independent department of radiochemistry.

In the late 1930s, the Hahn group made more progress on the study of Uranium and were the first scientists to measure the half-life of Uranium. By 1939, the Hahn group had discovered the basic mathematics of nuclear fission, and the fact that the uranium nuclei split when bombarded with atoms. However, they didn’t continue their work to its conclusion of producing the atomic bomb. 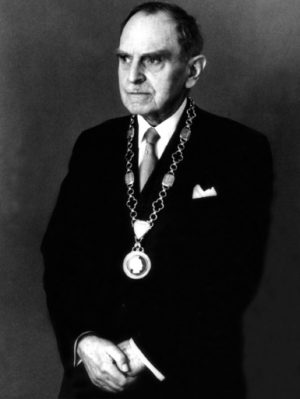 During the Second World war, Hahn and Fritz Strassmann continued to work on nuclear physics. At the end of World War II, he was interned in England on suspicion of working on the Germany nuclear programme. He was released in 1946.

Hahn and Strassmann were able to discover nuclear fission by exceptionally good chemistry.

During his time of internment, he was awarded the 1944 Nobel Prize for Chemistry ‘for his discovery of the fission of heavy atomic nuclei’ He was unable to attend because of his internment in England. Some scientists have argued his colleague Meitner should have been awarded the prize jointly.

Hahn was shocked to learn that the atomic bomb had been dropped on Japan in 1945, to devastating effect. He felt guilty that he, in some way, may have been responsible for this great loss of life.

After the Second World War, he campaigned against the use of Nuclear weapons, and in 1955 initiated the Mainau Declaration which warned of the dangers of atomic weapons. He became a leading figure within post-war FDR and was a high profile critic of rearming West Germany with atomic weapons. His opposition to the nuclear arms race caused him to be nominated for the Nobel Peace Prize.

In 1966, he was awarded the Enrico Fermi Prize – the only time it has been awarded to a non-American.

Between 1948 to 1960, Hahn was the founding President of the Max Planck Society for the advancement of science. Otto Hahn died in West Germany on 28th July 1968.