Pentecost is a religious holiday in Germany to mark the Holy Spirit’s descent on Jesus’ followers. Many local and regional customs are also associated with Pentecost Sunday, which is also known as Whitsunday. 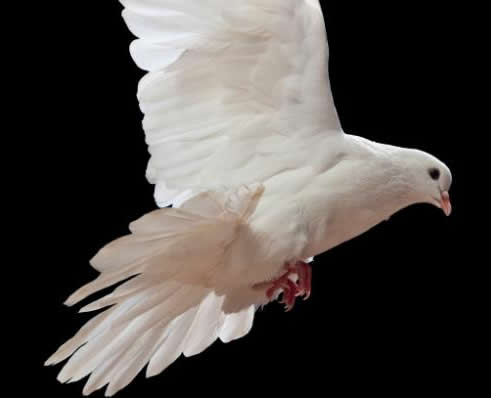 The dove often symbolizes the Holy Spirit, who is believed to have descended on to Jesus’ followers. Pentecost marks this occasion.

Many Christians attend a special church service at Pentecost. Spring fun fairs are held on the long Pentecost weekend in many areas of Germany. There are many local customs that go back to pre-Christian times. Birch trees are decorated with large wreaths (Pfingstbaumpflanzen) in parts of the state of Lower Saxony. Birch trees are just coming into leaf at this time of year and symbolize the fertile spring and summer seasons. Young men in rural areas may attach a birch sprig to the wall beneath an unmarried woman’s window. This fertility rite can be traced back thousands of years.

Large wreaths (Pfingstenkranz) are erected in two squares in the town of Oelde in the state of North Rhine-Westphalia. Each wreath consists of three poles wrapped in greenery and joined at the top to make a structure about nine meters (30 feet) high. People dance around the decoration and sing traditional songs.

The cattle were traditionally in stables and fields near villages in rural areas during winter and early spring. They were taken to fields further away from the villages, often high in the mountains, at Pentecost. The strongest animals were decorated with flowers and plants and led the procession. The custom of decorating prize cattle and leading them through the streets is still alive in some rural areas, particularly in southern Germany’s mountainous areas. 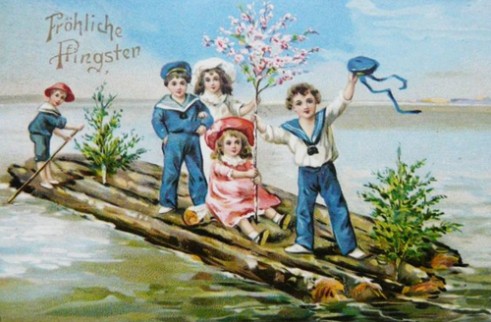 Public life in Germany on Pentecost is similar to that on Sundays. Post offices, banks, stores and other businesses are closed. However, some tourist stores may be open and stores at railway stations, airports and along highways are usually open. There are some restrictions on selling alcohol, public performances and dancing. Public transport services usually run to the normal Sunday timetable, but there may be some local variations.