Here are some superstitions – or Aberglauben – that you may come across in Germany. Knowing what these are might help explain any ‘unusual’ behavior you see in Germany, and help you to avoid making an embarrassing faux-pas yourself! 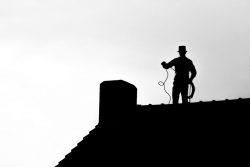 1. Chimney sweeps
Chimney sweeps are repositories of good luck everywhere. In Germany, they are particularly associated with New Year’s Day, when you should do your best to shake hands with your friendly neighborhood sweep. He won’t mind at all.

2. Toasting with water
Never, ever say “cheers,” or “Prost,” with water in Germany. Not even for a joke. Especially not for a joke. You are literally wishing death on all your drinking buddies. It means you really want your friends to die. Is that what you want? Because that’s what it means.

3. Knocking on the Stammtisch
When greeting your German drinking buddies, instead of waving, you should knock on the table. According to legend, this is because the Stammtisch, the regulars’ table in the tavern, was traditionally made of oak. Since the devil is unable to touch oak, considered a holy tree, knocking on it proved you weren’t the devil. It always makes for a nicer evening if your friends don’t consider you a disguised demon.

4. Theatrical spitting
Theaters are of course famously superstitious places. British and American thespians cheerily tell each other to “break a leg” before the premiere, but Germans spit on each other’s left shoulders – though only once they’re in costume. Instead of actually bringing up phlegm, you’re meant to say “Toi Toi Toi.” 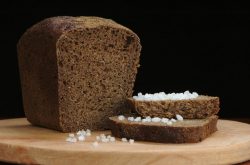 5. Housewarming gifts
A traditional German housewarming gift is bread (Brot) and salt (Salz). It’s believed that if you give bread and salt to someone, they will never go hungry in their new home. However, do not give knives as a housewarming gift. The superstitious believe doing this brings injury and even death!

6. Lucky coin
If the cutlery shop has sold out, and you’ve seriously run out of gift ideas, why not give someone a nice, shiny new leather wallet? But don’t forget to put a penny in! This ensures that the recipient will never be poor. Or you could put in this enormous gold coin to be really sure. 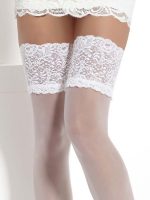 8. Wedding stockings
At the end of weddings, the bride and groom are meant to sit down on the marriage bed, while the bridesmaids and attendant young men turn their backs and attempt to fling their post-celebration socks and stockings into the happy couple’s faces. Whoever succeeds will be the next to marry. Really.

9. Press your thumbs!
If you want to wish someone good luck, you shouldn’t cross your fingers but rather press your thumbs with your fingers. During Gladiator fighting in Ancient Rome, a thumbs-up indicated for the gladiator to be executed, while holding the hands up with hidden thumbs indicated that they shall live. This is why Germans say “Ich drücke dir die Daumen!” – “I will press my thumbs for you” – to wish someone luck.