Myth 1: Germans don’t have any speed limits on the roads

There are speed limits on most of the roads. It’s only the Autobahn (the equivalent to the U.S.), Interstate highway system, and the Motorways in the U.K. – that eschew speed limits, and only on the parts of those that are well away from busy areas. There are enforced with randomly placed speed cameras in Germany. 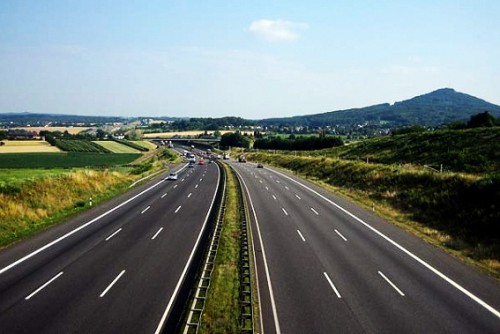 As you approach population centers on the Autobahn, you’ll see signs slowing you down, first to 130kph (about 80mph), then to 100kph (60mph or so), and then perhaps to 80 (50). And you leave the busy area, the limits will be staged up again, until you see the sign you’re looking for: the speed limit number (or sometimes just a blank circle) with a gray slash across it. That means you’re on a section with no speed limit, and you can stand on the accelerator if you like.

People will certainly be annoyed with you if you drive “slowly” in the left lane. You can drive fast, but you have to be careful.

Myth 2: You must get out of the way of other drivers or it’s your fault.

The way this is usually posed is that if you’re on the Autobahn and you’re in the left lane, and someone zooms up behind you, he can just plough into you and the collision will be considered your fault, not his.

Myth 3: Germans always put the verb at the end of the sentence.

German verbs are sometimes put at the end of the sentence, but not always. It depends upon the construction of the particular sentence. For example, to say, “I’m going to the bank,” you’d say “Ich gehe zur Bank”.

Myth 4: German words are so long because they tack all the adjectives onto the word. 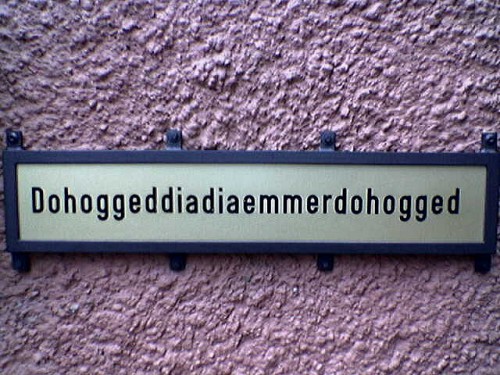 It concerns only the attributive nouns (used to modify other nouns). So, a small, blue room is “ein kleiner blauer Raum”. On the other hand, a heating-oil storage room – is “ein Heizöllagerraum”, and the word length starts to build.

A Study of War (by Prof. Quincy Wright) shows that in the period from 1480 to 1940 there were 278 wars involving European countries and Germany takes the 11th place (8 %) among the other countries, participating in wars.