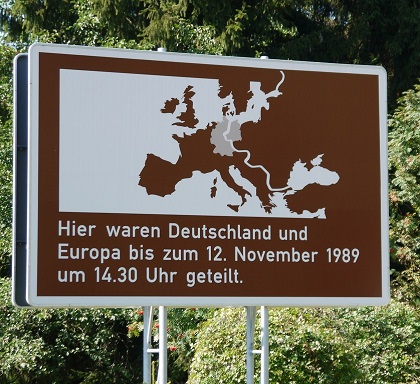 In January 1988, Honecker paid a state visit to France. By all indications, the long stretch of international isolation appeared to have been successfully overcome. The GDR finally seemed to be taking its long-sought place among the international community of nations. In the minds of the GDR’s old-guard communists, the long-awaited international political recognition was seen as a favorable omen that seemed to coincide symbolically with the fortieth anniversary of the East German state.

In spite of Honecker’s declaration as late as January 1989 that “The Wall will still stand in fifty and also in a hundred years,” the effects of glasnost and perestroika had begun to be evident in the Soviet Union and throughout Eastern Europe. Although the GDR leadership tried to deny the reality of these developments, for most East Germans the reforms of Soviet leader Gorbachev were symbols of a new era that would inevitably also reach the GDR. The GDR leadership’s frantic attempts to block the news coming out of the Soviet Union by preventing the distribution of Russian newsmagazines only strengthened growing protest within the population.

In Berlin, on October 7, the GDR leadership celebrated the fortieth anniversary of the foundation of the East German state. In his address, Honecker sharply condemned the FRG for interfering in the GDR’s internal affairs and for encouraging protesters. Still convinced of his mission to secure the survival of the GDR as a state, he proclaimed: “Socialism will be halted in its course neither by ox, nor ass.” The prophetic retort by Gorbachev, honored guest at the celebrations, as quoted to the international press, more accurately reflected imminent realities: “He who comes too late will suffer the consequences of history.”

The consequences of not having held in check the earlier large demonstrations against the regime’s inflexibility came two days later when 70,000 protesters shouting “We are the people” demonstrated in Leipzig. When the police took no action during these historic hours of October 9, 1989, it became clear to everyone that the days of the GDR were numbered. After the crowds in Leipzig reached over 100,000 protesters on October 16, the Central Committee of the SED–previously kept in the background by Honecker and his comrades in the party leadership–took control. Honecker resigned from his offices as head of state and party leader on October 18.

Egon Krenz, longtime member of the Politburo and FDJ chairman, became Honecker’s successor as general secretary of the SED. On October 24, Krenz also assumed the chairmanship of the Council of State. On his orders, all police actions against demonstrators were discontinued. On November 4, the largest demonstration in GDR history took place, with over 1 million people in East Berlin demanding democracy and free elections. Confronted with this wave of popular opposition, the GDR government, under Prime Minister Willi Stoph, resigned on November 7. The Politburo followed suit on November 8. Finally, on the evening of November 9, Politburo member Günter Schabowski announced the opening of the border crossings into the FRG.

Related articles:
The Honecker Era, 1971-89
The Conference on Security and Cooperation in Europe
The New East German Constitution and the Question of Identity
Relations Between the Two Germanys
The Peace Movement and Internal Resistance in GDR