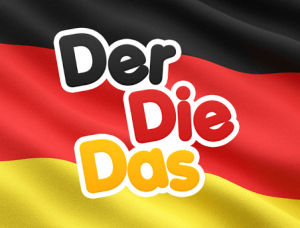 Memorizing the gender of countless German nouns can be pretty frustrating. For someone who is just starting out with German, this can be really confusing – especially as the genders don’t necessarily seem logical.

German nouns can be masculine, feminine or neuter, and this gender affects the form of the articles (and the adjectives) we use:

There are some general classes of things that always have the same gender:

How to Identify Masculine Nouns in German (der/ein)

To figure out whether a word is masculine, look for the following word endings:

Following this rule, you’ll be correct around 80% of the time.

Also, anything to do with calendar dates tends to be masculine – days, months and seasons fall under this category.

From this, you can deduce that the following words are masculine:

How to Recognize Feminine Nouns in German (die/eine)

As with masculine nouns, the easiest way to identify a feminine noun is to look at the word ending. Look out for the following word endings:

Funnily enough, things that would normally be associated with femininity are usually feminine too – like flowers and trees, along with female animals and people.

How to Identify Neutral Nouns in German (das/ein)

To spot neutral nouns, look out for the following word endings:

Most inanimate objects do fall under the category of neutral. Also, most metals, as well as babies (both human and animal) tend to have neutral genders.

Let’s look at some examples.

The large majority of nouns beginning with Ge- are neuter, so das Gesetz (the law), das Gespräch (the conversation) or das Gebäude (the building) — BUT die Geschichte (probably the most common of the anomalous Ge- nouns) bucks the trend by taking the feminine form. We recommend you pay particular attention to the feminine noun endings, as these crop up very frequently. You should also ensure you internalize the gender of every new noun you learn — don’t just learn Lehrer, learn the word with it’s definite article: der Lehrer. This way you’ll begin to naturally couple articles with nouns, and this will facilitate your use of the German cases (the next little grammatical hurdle in the German language).