St. Johann Nepomuk, better known as the Asam Church (Asamkirche) is a church in Munich, southern Germany, built from 1733 to 1746 by the brothers Egid Quirin Asam and Cosmas Damian Asam as their private church. Due to resistance of the citizens, the brothers were forced to make the church accessible to the public. The church is considered to be one of the most important buildings of the main representatives of the southern German Late Baroque. 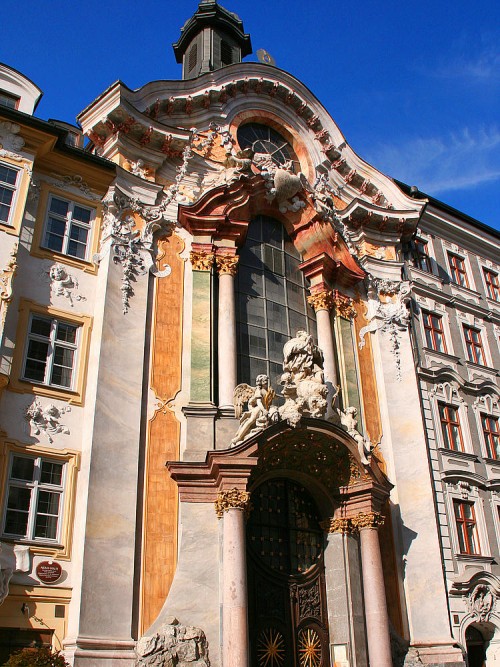 The church was built without an order, as a private chapel for the greater glory of God and for the salvation of the builders. This allowed the brothers also to build in line with the ideas of independent contractors. So for example Egid Quirin Asam could watch the altar through a window of his private house next to the church (Asamhaus). Egid Quirin Asam designed the church as Beichtkirche (confession church) for the youth. So the small church has seven confessionals with allegorical scenes. 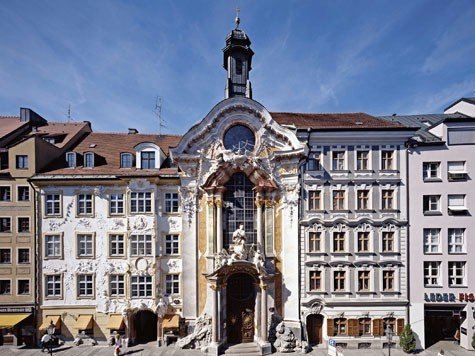 The Baroque façade is integrated into the houses of the Sendlingerstraße and swings slightly convex outward. St. Johann Nepomuk was built in a confined space, the property is just 22 by 8 m. Even more astonishing is the performance of the two builders who were able to unite in the two-story space architecture, painting and sculpture in harmony. Especially the indirect lighting in the choir area is very well done: hidden behind the cornice window the Trinity figures are illuminated effective from behind. The cornice itself seems to swing up and down on its curved construction. 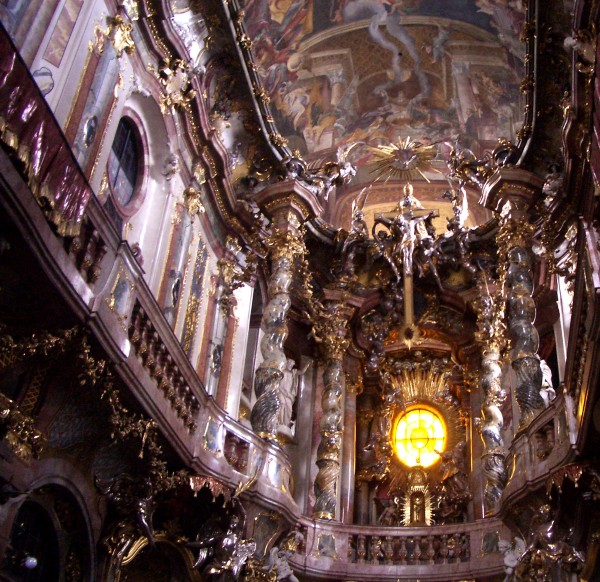 The interior is divided vertically into three sections, which increase in brightness from the bottom upwards. The lowermost portion of the benches for the church visitors is kept relatively dark and in the design symbolizes the suffering of the world. The second section, located above, is kept white and blue, and reserved for the emperor. The uppermost portion of the indirect and hidden illuminated ceiling painting is dedicated to God and eternity.

The ceiling fresco “Life of Saint Nepomuk” is considered one of the masterpieces by Cosmas Damian Asam. The high altar of the Asam Church is framed by four spiral columns. At the high altar, these four columns are used as a reference to the four-Bernini columns over the grave of St. Peter in St. Peter’s in Rome. Previously, the brothers Asam had studied in Italy, at the Accademia di San Luca, under Lorenzo Bernini. At the top is God, the Saviour. Below the tabernacle, a relic of John of Nepomuk is kept. Two angels, sculpted by Ignaz Günther, flank the gallery altar and were added at a later date. 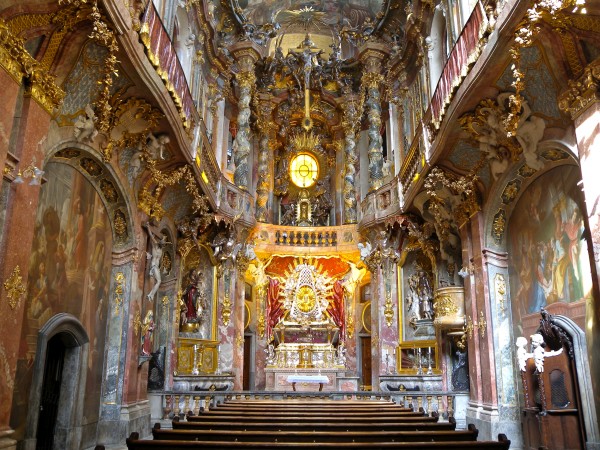 Compared to a usually very strictly divided baroque church the Asamkirche has shows some peculiarities due to its status as a private chapel: The church altar is situated in the west, not the east as usual. In addition, the crucifix opposite the pulpit was hung lower too low. In Baroque churches it was to hang above the pulpit, so that the preacher had to look up to Jesus Christ. 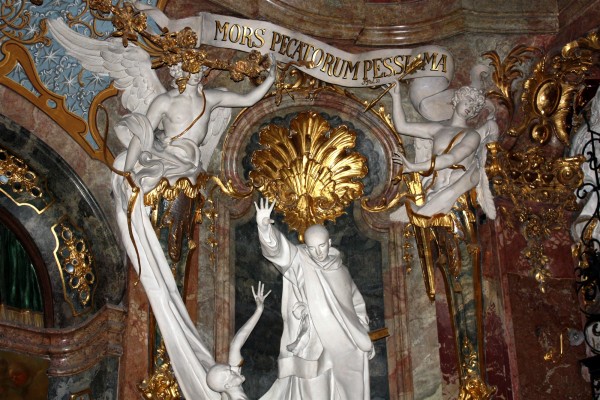 In a bomb attack in 1944, the choir was heavily damaged, with the interior restoration from 1975 to 1983 according to source study was done a hypothetical original appearance of the choir. 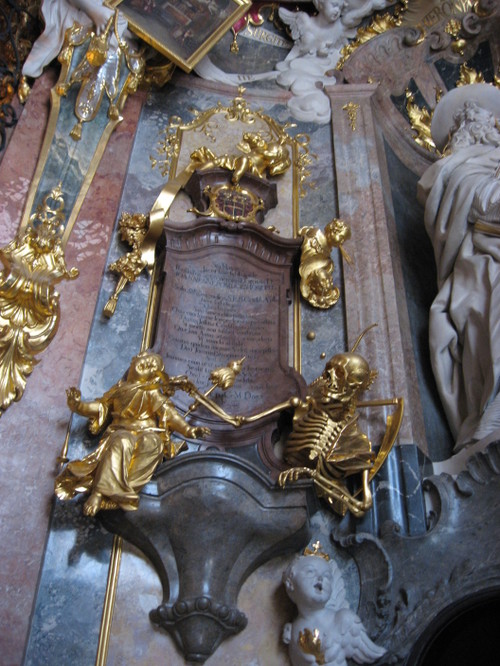