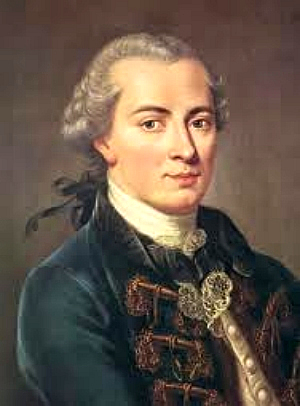 Birth of Immanuel Kant (1724-1804) in Königsberg, Germany (now in Russia). Kant would become one of the most influential philosophers of all times. His Critiques are the best known of his works, Kritik der reinen Vernunft, Kritik der Praktischen Vernunft. In ethics Kant is known for his categorical imperative.

The signing of the Peace of Füssen. By this agreement Maximilian III regained control of Bavaria and ruled there as the Elector of Bavaria in the Holy Roman Empire. 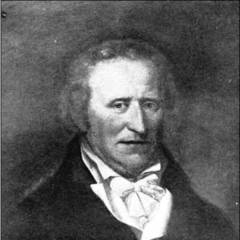 Birth of Georg Hermes in Dreierwalde, Germany. Hermes was a Roman Catholic theologian who was a follower of the systems of Immanuel Kant. He originated a theological system called Hermesianism by which he sought to prove the rational necessity of Christianity Einleitung in die christkatholische Theologie (1819-29). He was ordained a priest in 1799 and became a professor of dogmatic theology at the Universities of Münster and Bonn. After his death he fell out of favor and his writings were listed on the Roman Catholic Index of Forbidden books. Pope Gregory XVI and the first Vatican Council condemned his theology.

Birth of Friedrich Martin von Bodenstedt in Peine, Germany. Bodenstedt was a professor of early English literature at the University of Munich. He produced many translations from English and Russian literature. In 1866 he became the director of the court theater in Meiningen. He died in Wiesbaden on April 18, 1892.

Birth of August Wilhelm Eichler in Neukirchen, Germany. Eichler was a botanist who developed one of the first systems of plant classification. He was a professor of botany at the Technical University of Graz and the University of Kiel. In 1878 he became the director of the herbarium at the University of Berlin.

Birth of Hans von Seeckt in Schleswig, Germany. General von Seeckt was the head of the German army from 1920-1926 during the time of the Weimar Republic. Although the Versailles treaty forbade Germany an up to date army, through an agreement to train Russian troops, von Seeckt was able to have his own personnel experiment with up to date weapons. He resigned from the army in 1926 and became a member of the Parliament.

Birth of Robert Barany in Vienna, Austria. Barany won the Nobel Prize for Physiology or Medicine in 1914 for his work on the balancing system of the inner ear. In his early career he worked in the ear clinic of the University of Vienna. From 1917 on he taught at Uppsala University. 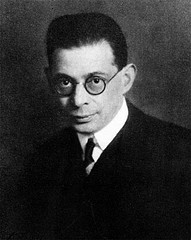 Birth of Ludwig Renn (original name, Arnold Friedrich Vieth von Golssenau) in Dresden, Germany. Krieg (1928) is the best known of the novelist’s works. The 1928 novel was based on his horrific experiences in World War I. The sequel, Nachkrieg (1930) deals with the Weimar Republic. A liberal, he was arrested by the Nazis during the night of the fire at the Reichstag and spent 2 1/2 years in prison. Upon his release he fled to Switzerland. From Switzerland he moved to Mexico where he spent the war years. At war’s end he returned to a life in East Germany.

Chlorine gas is used for the first time in the West. It is released preceding a German attack at Ypres. 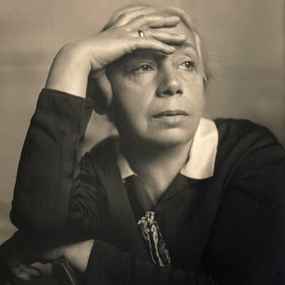 SPD and KPD unite into the SED in East Germany.

Death of the chemist Fritz Strassmann in Mainz, Germany. With his partners Otto Hahn and Lise Meitner he discovered nuclear fission in 1938. Their discovery set the U. S. into a frantic search for the technology of the atomic bomb, fearing that Germany was very close to it. After the war Strassmann became a professor of inorganic and nuclear chemistry at the University of Mainz.