Birth of Johannes Stumpf in Bruchsal, Germany. Stumpf was one of the leading Swiss chroniclers of his age. His Gemeiner loblicher Eydgnoschafft Stetten, Landen und Völckeren chronikwirdiger Thaaten Beschreybung of 1547 to 1548 gives detailed information on that period in Switzerland.

Birth of Friedrich von Hagedorn in Hamburg, Germany. Hagedorn was an Anacreontic poet. His collections of Poems include Versuch in poetischen Fabeln und Erzählungen (1738) and Oden und Lieder (3 vols. 1742-1752).

Death of Theodor Gottlieb von Hippel in Königsberg, Germany (now in Russia). Hippel was the mayor of Königsberg and a novelist. Among his works are Lebensläufe nach aufsteigender Linie (1781) and Über die Ehe (1774). Hippel was devoted to the ideas of Immanuel Kant. 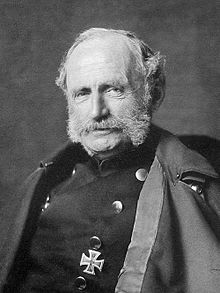 Birth of Albert of Saxony in Dresden, Germany. Albert was the king of Saxony from 1873-1902. He was trained and experienced as an army officer when he came to power and continued to take an active role in military affairs. He was actively involved in the war with the Danes, the Seven Weeks’ War and the Franco-Prussian war. 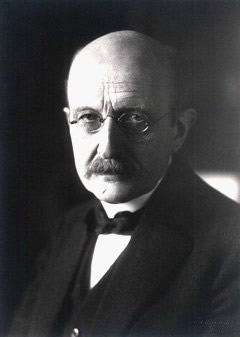 Birth of Max Planck (1858-1947) in Kiel, Germany. Planck was a German theoretical physicist who originated quantum theory, which won him the Nobel Prize in Physics in 1918.

Planck made many contributions to theoretical physics, but his fame rests primarily on his role as originator of the quantum theory. This theory revolutionized human understanding of atomic and subatomic processes, just as Albert Einstein’s theory of relativity revolutionized the understanding of space and time. Together they constitute the fundamental theories of 20th-century physics. Both have led humanity to revise some of its most cherished philosophical beliefs, and have brought about industrial and military applications that affect many aspects of modern life.

Birth of Fritz Wotruba in Vienna, Austria. Wotruba was a minimalist abstract sculptor working in Vienna.

In an election in Karl-Marx-Stadt over 75% of the voters vote to change the name of the city back to Chemnitz. The name had been changed on May 5, 1953 in honor of the 135th birthday of Karl Marx.