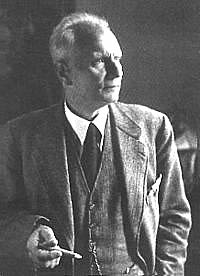 Birth of Walther Gerlach in Biebrich am Rhein, Germany. Gerlach was a professor of physics at the University of Tübingen and Munich. He did substantial work on the deflection of atoms in a non-homogeneous magnetic field.

Elizabeth Nietzsche moves the Nietzsche archive from Naumburg to Weimar. 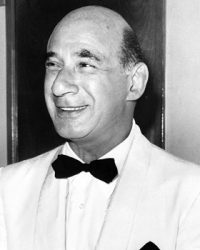 Birth of William Steinberg in Cologne. Steinberg conducted the Pittsburgh Symphony from 1952 to 1976. Before coming to the United States he had been an apprentice to Otto Klemperer at the Cologne Opera and conducted the Prague Opera and the Frankfurt Opera. He worked with Arturo Toscanini in the U. S. before taking charge of the Pittsburgh Symphony.

World War I expands as Germany declares war on Russia. Russia had an alliance with Serbia, which had been attacked by Austria on July 28.

Opening of the XI Olympic Summer Games in Berlin. To outdo the Los Angeles, USA games of 1932, the Nazis built a new 100,000-seat track and field stadium, six gymnasiums, and many other smaller arenas. They also installed a closed-circuit television system and radio network that reached 41 countries, with many other forms of expensive high-tech electronic equipment. Filmmaker Leni Riefenstahl, a favorite of Adolf Hitler, was commissioned by the German Olympic Committee to film the Games for $7 million. Her film, titled Olympia, pioneered many of the techniques now common in the filming of sports. 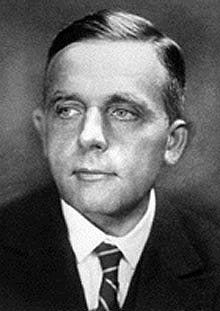 Death of Otto Warburg (1883-1970) in Berlin, Germany. A biochemist, he was awarded the Nobel Prize for Physiology or Medicine in 1931 for his work on cellular respiration, showing that cancer thrives in anaerobic (without oxygen) or acidic conditions. In his research into cancer, Warburg showed the carcinogenic nature of food additives and smoking cigarettes, and demonstrated that cancer cells can be destroyed by radiation. He argued that anaerobiosis was a primary cause of cancer, and his own research into carcinogens made him fearful of processed foods. Toward the end of his life he would only eat bread and butter if he could ascertain that both were fully organic.

In 1944 he was offered a second Nobel Prize, but because he was a Jew, he was not permitted to accept the prize. Warburg never married, never dated, and by most accounts never showed any interest in the ordinary social life. He instead preferred working long hours, allowing only his love of riding horses to occasionally interrupt his research.

Death of Walter Ulbricht in Berlin, Germany. Ulbricht gained power in East Germany after the death of Wilhelm Pieck in 1960. He remained in power until his death.