Birth of Johann Eck (birth name Johann Maier) in Egg, Germany. Eck was ordained a Catholic priest in 1508 and attained the degree, Doctor of Theology in 1510. He then was appointed as professor of theology at the University of Ingolstadt. Eck was outraged at Luther’s 95 theses which he denounced as heresy in 1518. He debated directly with Luther in 1519. In 1520 he assisted in the writing of the papal bull condemning Luther’s theses and threatening excommunication. He continued, with papal authority, to struggle against the Reformation for the remainder of his life.

Birth of Leonty Leontyevich Graf von Bennigsen in Grunswick, Germany (original name Levin August Gottlieb von Benninsen). Bennigsen joined the Russian army in 1773 and fought the Turks in 1774 and 1778. He was a Russian officer crushing the Polish uprising in 1793. He participated in the Russian invasion of Persia in 1796. He became the Governor of Lithuania in 1801. He fought Napoleon in 1806, 1807, and 1812. He led a Russian force against Napoleon again at the Battle of Leipzig in 1813. In 1818 he retired to his estate near Hildesheim, Germany. 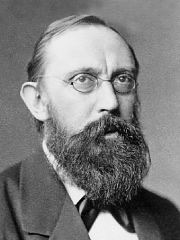 Birth of Victor Hensen (1835-1924) in Schleswig, Germany. Hensen was a physiologist who created the term “plankton” for the tiny organisms in the sea. He was a professor at the University of Kiel. Hensen died in Kiel in 1924.

Birth of Victor Mordechai Goldschmidt in Mainz, Germany. Goldschmidt was a mineralogist specializing in crystallography. He indexed and cataloged all known crystals and established tables of crystal angles. From the number series in crystal symbols he developed a theory of number and harmony which subsequently was applied in several fields of study. 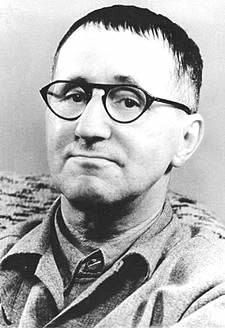 Birth of Bertolt Brecht (1898-1956) in Augsburg, Germany. Brecht was among the best of the German Marxist playwrights. His plays include Baal (1923), and Trommeln in der Nacht (1922). With musician, Kurt Weill, he wrote Die Dreigroschenoper (1928) and Aufstieg und fall der Stadt Mahagonny (1930). He fled the Nazis, living in Scandinavia and then the United States where he lived and worked in California. During the war he wrote Mutter Courage und ihre Kinder (1941), Leben des Galilei (1943), and Der gute Mensch von Sezuan (1943). In 1947 he was required to appear before Joseph McCarthy’s House Committee on Un-American Activities to answer questions about his alleged communist affiliations. He left the United States immediately thereafter. He lived for a short time in Switzerland and then emigrated into East Germany where he founded his own theater, Der Berliner Ensemble. He wrote Der Kaukasische Kreidekreis (1948) and Der Aufhaltsame Aufstieg des Arturo Ui (1957). In addition to his plays, Brecht was a preeminent theoretician, developing the concepts of alienation effects and epic theater. 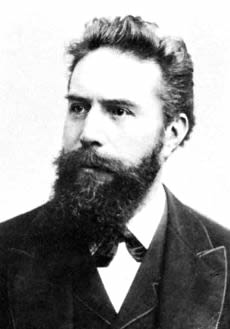 Death of Wilhelm Conrad Röntgen (1845-1923) in Munich. Röntgen was the discoverer of X-rays. He was awarded the first Nobel Prize for Physics for his discovery in 1901. Röntgen was professor of physics at the Universities of Strassburg, Giessen, Würzburg and Munich. The first X-ray picture he took of a human being was of his wife’s hand.