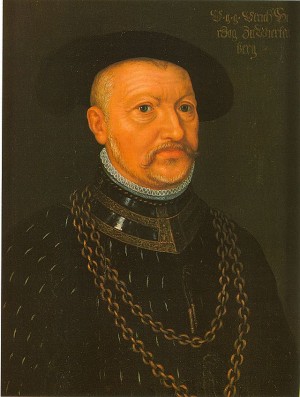 Birth of Ulrich in Reichenweier, Germany. Ulrich was the Herzog of Württemberg from 1498. Due to political problems he was removed from his position by fellow nobles in 1519. Through political intrigues he regained control of Württemberg in 1534. At that time he dissolved the monasteries, confiscated church lands and invited Protestant theologians to reform the church in Württemberg. (Luther had been excommunicated in 1520.)

Birth of Karl Theodor von Dalberg in Herrnsheim, Germany. Dalberg was the Archbishop of Mainz and Elector of the Holy Roman Empire (1802), the Primate of Germany (1803) and the President of the Confederation of the Rhine (1806). Dalberg died on February 10, 1817 in Regensburg. 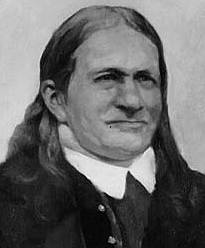 Birth of Friedlieb Ferdinand Runge (1795-1867) in Hamburg, Germany. The chemist, Runge was a professor at the University of Breslau before he accepted a position as an industrial chemist in Oranienburg in 1831. He isolated and named carbolic acid, pyrrole, rosolic acid and cyanol. He originated the technique of paper chromatography and developed a process for extracting sugar from beets.

Death of Moritz von Schwind in Munich, Germany. Schwind was a very popular painter of romantic-idealized themes. For a time he was a close friend of Franz Schubert. In 1847 he became a teacher at the Munich Academy.

Death of David Friedrich Strauss in Ludwigsburg, Germany. Strauss was a highly controversial Protestant theologian, influenced in his thinking by the philosophy of Friedrich Hegel. His first major work Das Leben Jesu kritisch bearbeitet (1836) sought to prove the gospels to be simply “historical myth”. His last publication, Der alte und der neue Glaube (1872) was no less controversial, as he sought to replace Christianity with a form of Darwinism. 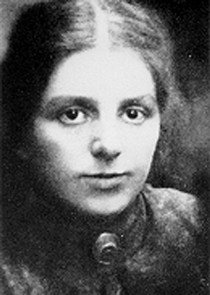 Birth of Paula Modersohn-Becker (1876-1907) in Dresden, Germany. Modersohn-Becker was a German painter and one of the most important representatives of early expressionism. In a brief career, cut short by an embolism at the age of 31, she created a number of groundbreaking images of great intensity.

Birth of Martin Buber in Vienna, Austria. Buber was a Jewish religious philosopher most noted for his interest in the relationships between beings. His book Ich und Du appeared in 1923. He earned his doctorate at the University of Vienna. Buber was influenced by Nicholas of Cusa, Jakob Böhme and Friedrich Nietzsche. From 1916 to 1924 he edited the intellectual monthly, Der Jude. In 1934 he became the head of Jewish adult education in Nazi Germany. When the Nazis forbade him to teach, he immigrated to Palestine. 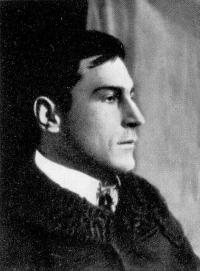 Birth of Franz Marc (1880-1916) in Munich, Germany. An Expressionist painter, Marc was a founding member of the artists group “Der blaue Reiter”. He also edited the journal, Der blaue Reiter with Wassily Kandinsky. Noted paintings by Marc are “Tiger”, “Blue Horses” and “The Yellow Cow”.

Birth of Wilhelm Koppers in Menzelen, Germany. A Catholic priest, Koppers worked to establish a comparative, historical approach to cultural phenomena. He was an editor of the journal, Anthropos. He was a professor of ethnology at the University of Vienna.

Birth of Rudolf Dreikurs in Vienna, Austria. A psychologist, Dreikurs developed the individual psychology of Alfred Adler and applied it to children. He earned his M.D. at the University of Vienna. He immigrated to the United States in 1937 where he founded the Alfred Adler Institute in Chicago.

Death of Gustav Falk in Luebeck, Germany. Falk was a poet and novelist. Among his noted poems are “Hohe Sommertage” and Frohe Fracht”.

Death of Richard Dehmel in Blankenese, Germany. Dehmel was a poet who explored themes on individualism, social injustice, sexuality and love. Works by Dehmel include Erlösungen (1891), Weib und Welt (1896), and Schöne wilde Welt (1913).