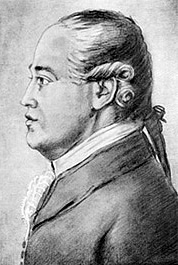 Birth of Gottfried Silbermann (1683-1753) in Kleinbobritzsch, Germany. Silbermann’s company was the leading builder of spinets, clavichords, harpsichords and organs in the age of Bach. 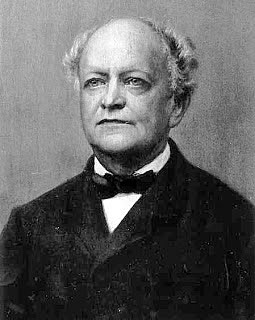 Birth of Ludwig Ritter von Köchel in Stein, Austria. Although he had earned a doctorate in law, Köchel devoted his life and studies to music. In 1862 he published his Chronologisch-thematisches Verzeichnis sämtlicher Tonwerke Wolfgang Amade Mozarts. In that work he organized all of Mozart’s works into 23 categories and determined dates of composition of each work based on stylistic development and Mozart’s handwriting. Since then Mozart’s works are identified with the “K” or “Köchel” numbers. 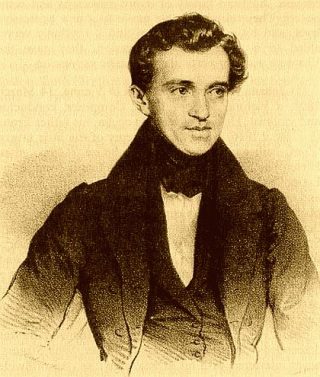 Birth of Johann Strauß (the elder) in Vienna, Austria. This Johann Strauß was the father of the more famous “Waltz King”. Like his son, he too was very popular in Vienna as a composer of waltzes, polkas, and marches. He tried to discourage his son, Johann the younger, from a career in music. He felt that banking would be a better career for him. Today Johann the elder is probably best known for his “Radetzky March”. His other sons, Josef and Eduard became conductors and Josef also composed waltzes. 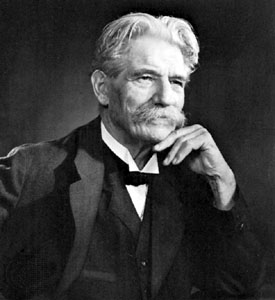 Birth of Albert Schweitzer (1875-1965) in Kayersberg, Elsaß, Germany (now France). Schweitzer established a reputation in the areas of philosophy, theology, and music but is remembered mostly today as one of the world’s great humanitarians. He won the Nobel Prize for Peace in 1952 for his work at his hospital mission in Africa. Schweizer completed a doctorate in philosophy in 1899 at the University of Strasbourg and a doctorate in theology in 1900. After establishing his reputation as a world class theologian (Von Reimarus zu Wrede, 1906) and a musician with great respect, he decided that he had to devote his life more directly to the service of humanity. He returned to school and earned a doctorate in medicine in 1913. He then went to Africa and spent the remainder of his life in medical and theological service to the people there. Although periodically criticized in the later 20th century, his thinking has continued to have wide ranging impact in the contemporary world. His book Kulturphilosophie, 1923, contains the basis of his philosophical views, including his basic sense of “reverence for life”.

Birth of Martin Niemöller in Lippstadt, Germany. Niemöller served as a commander of a submarine in World War I. He undertook studies in theology after the war and became a pastor in Berlin. He was a leader in the resistance against Hitler. He was arrested in 1937 and sent to the camp in Dachau. After the war he returned to his work in the church. His experiences in the war and his conscience led him to very active pacifism during the “Cold War”. He was given the Lenin Peace Prize in 1967 and the German “Grand Cross of Merit” in 1971.

Birth of Hasso Freiherr von Manteuffel in Potsdam, Germany. Manteuffel was a German tank commander in World War II. He was involved in developing battle strategies from the early days of the war in North Africa through the Battle of the Bulge at the end of the war. He was tried for war crimes and sentenced to 18 months in prison of which he served 4. 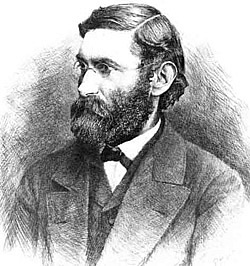 Death of Ernst Abbe (1840-1905) in Jena, Germany. Abbe was a physicist who made significant progress in optical theory and thus in microscope design. He discovered the optical formula called the Abbe sine condition. He taught at the University of Jena. In 1866 he became the research director of the Zeiss optical company. While with Zeiss he invented the apochromatic lens system. In 1891 he established the Carl Zeiss Foundation for research in science and social improvement.