Birth of Adolphus Busch near Mainz, Germany. He immigrated to the United States and co-founded a brewery, Anheuser-Busch (makers of Budweiser today). 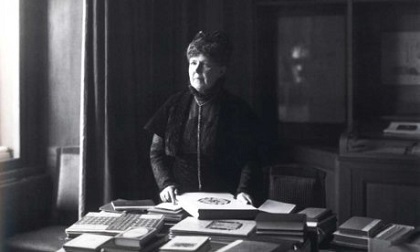 Birth of Elisabeth Förster-Nietzsche (1846-1935) in Röcken, Germany. She was the sister of the philosopher, Friedrich Nietzsche. She rewrote and distorted much of his philosophy after his death. Förster-Nietzsche was two years younger than her brother. Both were children of a Lutheran pastor in the German village of Röcken bei Lützen. The two children were close during their childhood and early adult years. However, the siblings grew apart in 1885 when Elisabeth married Bernhard Förster, a former high school teacher who had become a fanatic anti-Semitic agitator—Friedrich Nietzsche abhorred anti-Semitism.

Birth of Alfred von Kinderlen-Wächter in Stuttgart, Germany. He was a central political figure in the second Moroccan crisis before WWI.

Birth of Maximilian, Prince of Baden in Baden-Baden, Germany. He was called on to serve as chancellor in 1918. It was he who announced the abdication of the Kaiser on November 9, 1918 and then himself resigned in favor of Friedrich Ebert. 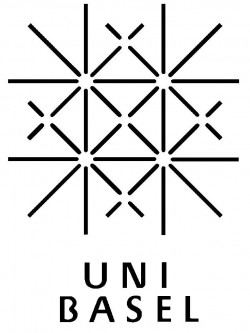 Birth of Johannes Blaskowitz in Peterswalde, Germany. Blaskowitz was a field marshal in World War II who spoke out against SS activities and as a result was relieved of command, but was called to command again before the end of the war. At war’s end he was tried for war crimes but committed suicide. 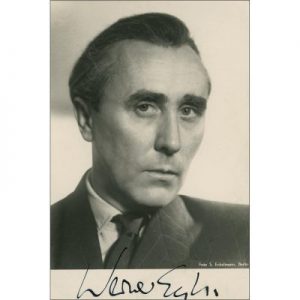 Death of Werner Egk in Inning, Germany. Egk, a composer, studied with Carl Orff in Munich. He composed music for radio plays in Munich. Beginning in 1935 he composed a number of operas. Among his operas are Die Zaubergeige (1935), and Peer Gynt (1938). He also composed ballets. 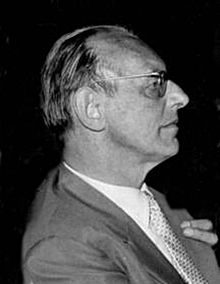 Birth of the composer, Carl Orff, in Munich, Germany. His most widely known work is Carmina Burana. The concepts of his Schulwerk were influential for children’s music education.

Birth of Kurt Aber in Künigshütte, Germany. He won the Nobel Prize for Chemistry in 1950 for a method of synthesizing organic compounds.

A German air attack initiates the Battle of Britain.

The Allied attack on Europe begins with the invasion of Sicily.

The last one of the original VW Beatles is built at the assembly plant in Mexico. Ferdinand Porsche designed car had been produced for 69 years. 21 million Beetles had been built.

TV actress, Inge Meysel dies at age 94. During the previous 40 years she had starred in over 100 TV productions.