July 9 is St. Agilof’s day. St. Agilof was a bishop in Cologne, Germany. Although the circumstances of his death are not clearly documented, he is believed to be a martyr. He is entombed in the Cathedral of Cologne. Agilof was largely ignored for many years, but recently has been venerated once again. Agilof’s feast day is July 9. His designation as a saint precedes the practice of canonization by the Pope. 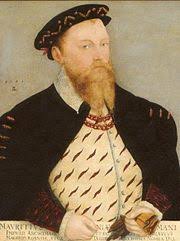 Death of Maurice, Elector of Saxony, in Sievershausen, Germany. Maurice was a Protestant who was allied with the Roman Catholic Emperor, Karl V. He aided Karl in his battles against the Turks and the French. Later, however, he formed pacts with the German Protestant princes and with France against the Habsburg, Karl. Finally after 1552 he aligned himself with Karl once again to fight against the Turks.

Birth of the Holy Roman Emperor, Ferdinand II, in Graz, Austria. Ferdinand was the leading proponent of the Catholic Counterreformation and defender of absolutist rule in the 30 Years’ War.

In Prussia the Edict Concerning Religion was issued. The origin of the edict lay with the Rosicrucians and most specifically Johann Christoph Wöllner who had wide ranging influence with the King of Prussia. The edict demanded strict orthodoxy of all preachers in Prussia. It was followed by the Edict of Censorship in December, 1788. At one point, the philosopher Immanuel Kant was forbidden to publish or speak out on religious matters based on the edicts. 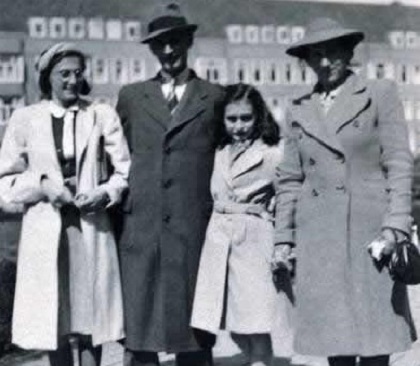 The family of Anne Frank goes into hiding in Amsterdam. Anne Frank became world famous for her diary which she kept while hiding from the Gestapo in Amsterdam. She had been born in Frankfurt, Germany in 1929 to a Jewish family. When Hitler came to power the family moved to Amsterdam. After the German conquest of Holland, faced with deportation, the family went into hiding in a hidden back room. There the family lived for two years. Food and basic necessities were secretly brought to them by Gentile friends. In 1944 they were discovered by the Gestapo and transported to the concentration camp at Auschwitz. Anne was later transferred to the camp at Bergen-Belsen where she died of typhus in 1945. 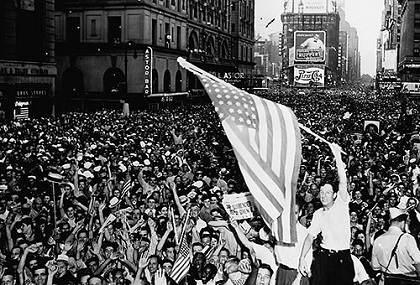 Great Britain, France and the United States declare the end to the state of war with Germany. The hostilities had ceased in 1945. The state of war between Germany and the Soviet Union was ended in early 1955.