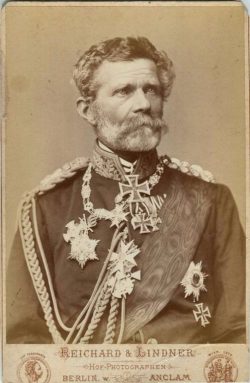 Death of Edwin Freiherr von Manteufel in Carlsbad, Austria-Hungary (born in Dresden, Germany). Manteufel was a general in the Prussian army. He served as aide-de-camp to Friedrich Wilhelm during the uprisings of 1848. In 1861 he was made chief of the Prussian military cabinet. He served with noted success in the Franco-Prussian war of 1870-71. From 1871-1873 he commanded the Prussian occupation forces in France. In addition to his military duties, he undertook a number of diplomatic missions. 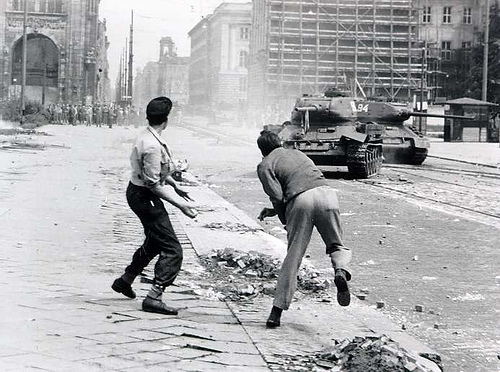 After a rise in bread prices, demonstrations by striking workers in the streets of East Berlin were crushed by Soviet tanks.
The uprising of 1953 in East Germany started with a strike by East Berlin construction workers on June 16. It turned into a widespread uprising against the German Democratic Republic government the next day. The uprising in Berlin was violently suppressed by tanks of the Group of Soviet Forces in Germany and the Volkspolizei. In spite of the intervention of Soviet troops, the wave of strikes and protests was not easily brought under control. Even after June 17, there were demonstrations in more than 500 towns and villages.

Former national day in West Germany, “Tag der deutschen Einheit”. (The date of the East German riots against the Soviets.)