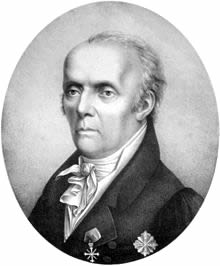 Birth of Johann Peter Frank (1745-1821) in Rodalben, Germany. Frank was a German physician and hygienist who pioneered in the science of public health. His vision is outlined in his System einer vollständigen medicinischen Polizey (A Complete System of Medical Policy) (1779). This work was first published in 1779, and was continued until 1827, six years after Frank’s death. His methodology for public health dealt with subjects such as public sanitation, water supply issues, sexual hygiene, maternal and child welfare, food safety, and prostitution, to name a few.

He stressed the importance of keeping accurate statistical records for hospitals. Frank is credited with being the first physician to describe clinical differences between diabetes mellitus and diabetes insipidus. 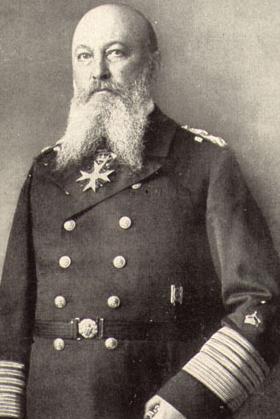 Birth of Alfred von Tirpitz in Küstrin, Germany. Von Tirpitz became an admiral and worked with Kaiser Wilhelm II in attempting to build Germany’s navy to a level competitive with that of Britain. The first German Fleet Act was introduced in 1898 and set the goal of building a defensive navy. A second Fleet Act designed to allow the German navy to rival Britain was passed in 1900. Britain did not react until about 1905 when it began to develop its own fleet. (Ironically it was an Austrian, Louis Alexander Battenberg, who took on the task of building the British navy with Churchill. Battenberg changed his name to Mountbatten in 1917.) 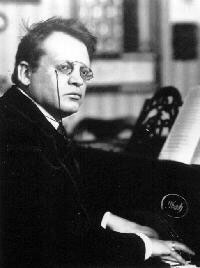 Birth of Max Reger (1873-1916) in Brand, Germany. Reger, an organist and composer, composed and played in Munich from 1901-1907. In 1907 he became a professor of composition in Leipzig. He became the conductor of the orchestra of Meiningen in 1911. Noted compositions by Reger are Böcklin Suite, Variations and Fuge on a Theme by Mozart, Phantasie und Fuge über B-A-C-H, and Wachet auf! ruft uns die Stimme. 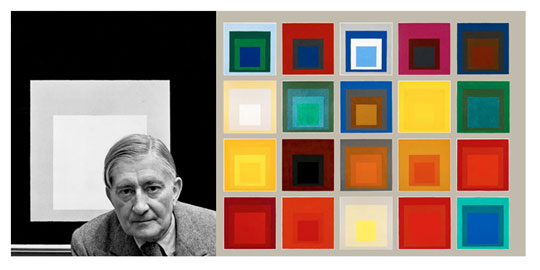 Birth of Josef Albers in Bottrop, Germany. Albers was a painter and poet. He taught at the Bauhaus beginning in 1923. There he developed new painting styles. The Nazis closed the Bauhaus in 1933 and Albers moved to the U.S.A. There he taught at Black Mountain College in North Carolina and at Yale University. He continued innovations in Color Field and Op art.

Birth of Hans Küng in Sursee Switzerland. Küng studied at Gregorian University in Rome and the Catholic Institute at the Sorbonne. He became a Roman Catholic priest in 1954 and taught theology at the universities of Münster and Tübingen. As Küng thought and wrote he began to question certain basic Catholic doctrines and challenged them in his writings. In 1979 the Vatican censured him and banned him from teaching as a Catholic theologian. Books by Küng include, Rechtfertigung: Die Lehre Karl Barths und eine Katholische Besinnung (1957), Konzil und Wieder vereinigung (1960), Die Kirche (1967), Unfehlbar? (1970), Christ sein (1974), Existiert Gott?, (1978) and Ewiges Leben? (1982).