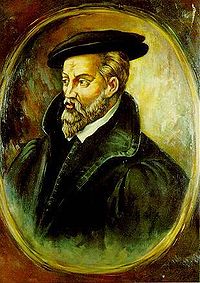 Birth of Georgius Agricola (1494-1555) (original name, Georg Bauer) in Clauchau, Germany. Agricola was a humanist, physician and scientist who is often called “the father of mineralogy”. He was one of the first to base his science on the observation of nature rather than speculation. The American president Herbert Hoover (himself a mining engineer) said of Agricola that he was “the first to found any of the natural sciences upon research and observation, as opposed to previous fruitless speculation.” Agricola studied humanities at the University of Leipzig and science and medicine in Bologna, Padua and Venice. During his lifetime he was a physician, mining engineer and mayor. Among his works are De re metallica (1556 posthumous), De natura fossilium, De natura eorum quae effluunt ex terra (1546) and De ortu et causis subterraneorum (1546).

Birth of Christian Friedrich Daniel Schubart in Obersontheim, Germany. Schubart was a poet of the Sturm und Drang period (most noteworthy representatives of this period are Goethe and Schiller). Works by Schubart include Deutsche Chronik (1774-1778), Sämtliche Gedichte (1785-1786) and Schubarts Leben und Gesinnungen (1791-1793. 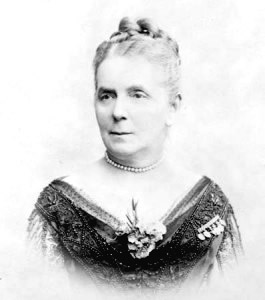 Birth of Mathilde Marchesi de Castrone (1821-1913) (born Graumann) in Frankfurt am Main. She was a teacher of operatic singing whose reputation was built on her teaching of the bel canto style. She taught at the music conservatories in Vienna and Cologne.

Birth of Josef Stefan in St. Peter, Austria. Stefan was a physicist at the University of Vienna. He concluded a law of physics through empirical studies, the Stefan-Boltzmann law. According to that law a blackbody has a radiant energy proportional to the fourth power of its temperature. The Boltzmann in the Stefan-Boltzmann law was another Austrian who proved the law theoretically. 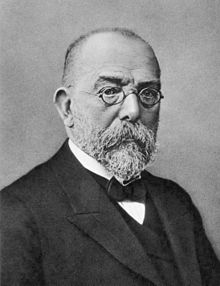 Robert Koch announced before the Physiological Society of Berlin that he had isolated and grown the tubercle bacillus, the cause of tuberculosis. Robert Koch was a celebrated German physician and pioneering microbiologist. As the founder of modern bacteriology, he is known for his role in identifying the specific causative agents of tuberculosis, cholera, and anthrax and for giving experimental support for the concept of infectious disease. As a result of his groundbreaking research on tuberculosis, Koch received the Nobel Prize in Physiology or Medicine in 1905. 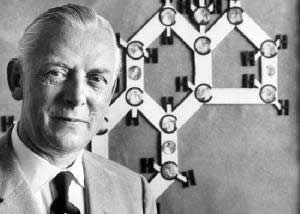 Birth of Adolf Butenandt (1903-1995) in Bremerhaven-Lehe, Germany. Butenand, a biochemist, won the Nobel Prize for Chemistry in 1939 for his work on sex hormones. The Nazi government, however, did not allow him to accept the award. He accepted it belatedly in 1949. Butenandt isolated estrone in 1929, androsterone in 1931 and progesterone in 1934. He discovered how to synthesize progesterone and testosterone. He was the first to isolate pheromones. Butenandt was president of the Max Planck Society from 1960-1972.

Birth of Martin Walser, a German writer, in Wasserburg am Bodensee, Germany.

Death of Otto Gessler in Lindenberg, Germany. After World War I Gessler was a founding member of the Deutsche Demokratische Partei, served as minister of reconstruction from 1919-1920, became minister of war in 1920. In 1944 he was suspected of participating in the assassination conspiracy against Hitler and spent the last months of the war in a concentration camp. After the war he became the head of the German Red Cross.