Birth of Carl Phillip Imanuel Bach in Weimar, Germany. He was the son of Johann Sebastian and Maria Bach. His first position was that of harpsichordist to Friedrich II of Prussia. In 1767 he became music director in Hamburg. In addition to the great music he composed, he is noted for his book, Versuch über die wahre Art das Klavier zu spielen.

Birth of Wilhelm Bleek in Berlin, Germany. The philologist, Bleek, moved to Africa after his studies and spent his life working on the study of South African languages. He has been referred to as “the father of Bantu philology”. 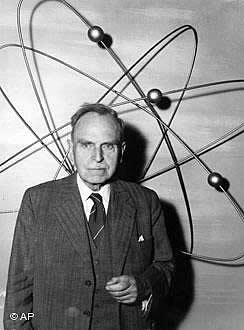 Birth of Otto Hahn (1879-1968) in Frankfurt, Germany. Hahn and his colleagues discovered and named the process of nuclear fission in 1938. Hahn continued his research in Germany during the World War II. Only after the end of the war did he learn that he had been given the Nobel prize for Chemistry in 1944. After the war he became an active opponent of the further development of nuclear weapons.

Death of Ferdinand Graf von Zeppelin in Berlin. Zeppelin was the world’s first builder of lighter than air craft. 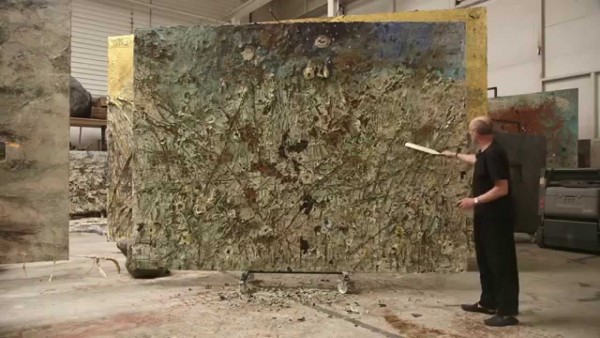 Birth of Anselm Kiefer in Donaueschingen, Germany. Kiefer is a Neo-Expressionist painter who has gained great esteem. His works incorporate materials such as straw, ash, clay, lead, and shellac. The poems of Paul Celan have played a role in developing Kiefer’s themes of German history and the horror of the Holocaust, as have the spiritual concepts of Kabbalah.

In his entire body of work, Kiefer argues with the past and addresses taboo and controversial issues from recent history. Themes from Nazi rule are particularly reflected in his work; for instance, the painting “Margarethe” (oil and straw on canvas) was inspired by Paul Celan’s well-known poem “Todesfuge” (“Death Fugue”).

His works are characterized by an unflinching willingness to confront his culture’s dark past, and unrealized potential, in works that are often done on a large, confrontational scale well suited to the subjects. It is also characteristic of his work to find signatures and/or names of people of historical importance, legendary figures or places particularly pregnant with history. All of these are encoded sigils through which Kiefer seeks to process the past; this has resulted in his work being linked with a style called New Symbolism.

The German Parliament, Bundestag issues a resolution concerning the border with Poland which, “will at no time, either today or in the future, be questioned through territorial claims on the part of the Germans.”