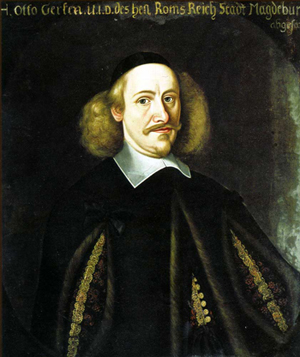 Death of Otto von Guericke (1602-1686), a German scientist, inventor, and politician, in Hamburg, Germany. Von Guericke invented an air pump in 1650. That is not very remarkable, but what he did with it is. He pumped out vacuums. He was the first to learn that light travels through a vacuum, but sound does not. He was also the first to demonstrate that a vacuum can, in fact, exist (logicians of the time were of the opposite opinion). Through his demonstrations of vacuums he also demonstrated the effects of air pressure. In 1663 he built the world’s first electric generator. 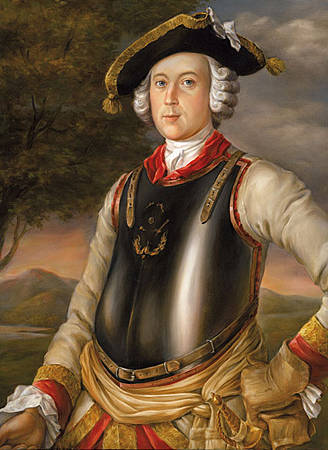 Birth of Karl Friedrich Hieronymus Freiherr von Münchhausen (Baron Münchhausen) in Bodenwerder, Germany. Münchausen had been a soldier in the Russian army fighting against the Turks. In 1760 he retired to his estates in Hannover and gained a wide-spread reputation as a story teller with his wildly exaggerated narrations of his adventures as a soldier. The first publication of his tales was in Vademecum für lustige Leute between 1781 and 1783. Rudolf Erich Raspe published a collection of stories based on the Münchhausen tales London in 1785, Baron Munchausen’s Narrative of his Marvellous Travels and Campaigns in Russia. The first German color motion picture (at roughly the same time as the American Wizard of OZ ) was the story of Baron von Münchhausen. 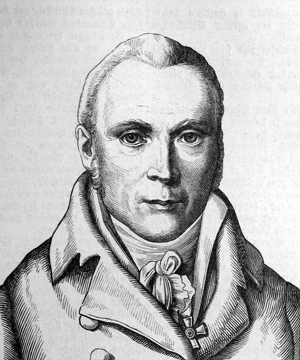 Birth of Johann Friedrich Blumenbach in Gotha, Germany. Blumenbach, a comparative anatomist, is the “father of physical anthropology”. He was a professor at the University of Göttingen. It was he who created the classification of “Caucasian, Mongolian, Malayan, Ethiopian, and American.” He is the author of Collectionis suae Craniorum Diversarum Gentium Illustrateae Decades (1790-1828).

Death of Otto Nicolai in Berlin, the composer of Die lustigen Weiber von Windsor (The Merry Wives of Windsor).

Birth of Ottmar Mergenthaler in Hachtel, Germany. Mergenthaler immigrated to the United States in 1872. In 1886 he invented the linotype machine.

Death of Max Reger in Leipzig, Germany. Reger ,an organist and composer, composed and played in Munich from 1901-1907. In 1907 he became a professor of composition in Leipzig. He became the conductor of the orchestra of Meiningen in 1911. Noted compositions by Reger are Böcklin Suite, Variations and Fuge on a Theme by Mozart, Phantasie und Fuge über B-A-C-H, and Wachet auf! ruft uns die Stimme.

Adolf Eichmann is arrested by Israeli secret service agents near Buenos Aies. Eichmann had been born in Solingen, Germany. Eichmann joined the Nazi Party in 1932. He became a member of the SS (Schutzstaffel) in 1932. During the Nazi years he was in charge of eliminating Jews in Vienna, Prague and Berlin. He was present at the Wannsee Conference in Berlin in 1942 when the “final solution” was concretized. He was to coordinate arrangements. At the end of the war Eichmann escaped Germany and lived in Argentina. He was discovered by Israeli secrete service in 1960. He was then secreted out of Argentina and taken to Israel, tried for crimes against humanity, found guilty and hanged on May 31, 1962 in Tel Aviv

Death of Hans Luther in Düsseldorf, Germany. A politician, Luther was the mayor of Essen before moving to national politics in the Weimar Republic. He was finance minister in the cabinet of Gustav Stresemann and was successful in stabilizing the currency after the great inflation. In 1925 and again in 1926 he was named chancellor. In 1930 he became the president of the Reichsbank (Germany’s central bank). From 1933 to 1937 he was the ambassador to the United States. In 1937 he retired from politics.

The reform of the West German postal system begins with a law passed on this day in the Bundestag which will divide the postal system into the telephone system (Deutsche Telekom), the post office (Deutsche Post), and the postal bank. Private competition will be allowed in telephone long distance service. Until this time all of the services mentioned above had been incorporated into one entity, Die Deutsche Post.