Birth of Karl IV (King Wenceslas) in Prague, Bohemia. Karl raised Bohemia to a central power and after his rise to the rank of German King, Bohemia controlled that position for centuries. Karl was the son of the powerful John of Luxemburg. In 1343 Karl’s father gave him the regency of Bohemia. In 1343 through Karl’s efforts Bohemia was raised to an archbishopric and Bohemia thus gained autonomy in the Church. At this same time efforts were underway to depose the German King, Ludwig IV, as the Pope had excommunicated him in 1324. By 1346 an election was arranged and Karl was elected German King. However, Ludwig did not recognize the election and continued to reign. Thus there were two German kings until Ludwig’s death in 1347. In 1355 Karl also became the Holy Roman emperor. In 1348 he established the University of Prague, the first central European university. In 1356 he promulgated (with the consent of the German Diet) the Golden Bull which established firm guidelines for the election of the German king by seven electors (the archbishops of Mainz, Cologne and Trier and the electors of Bohemia, Brandenburg and Saxony.)

Death of Nikolaus von Amsdorf in Eisenach, Germany. Amsdorf was a professor of theology at the University of Wittenberg. He was a close friend of Martin Luther‘s. After the trial at the Diet of Worms, he was one of those responsible for hiding Luther at the Wartburg. In later years he struggled against what he considered the too liberal directions of Philipp Melanchton.

Formation of the Protestant Union. 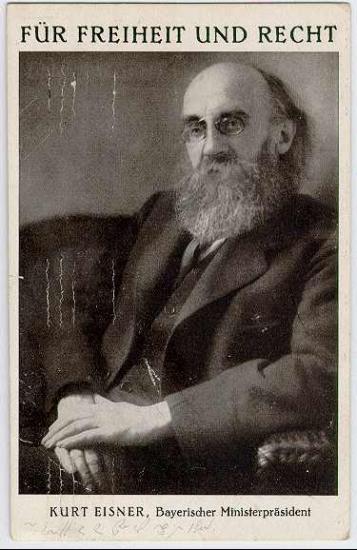 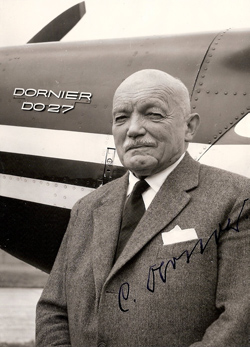 Birth of Claudius Dornier (1884-1969) in Kempten, Germany. Dornier worked, in his youth, at the Zeppelin airship factory in Friedrichshafen. In 1911 he designed the first all-metal plane and with it founded a new division of the Zeppelin company, the Dornier aircraft company. The Dornier company is today a division of Daimler-Benz.

Birth of Otto Klemperer in Breslau, Germany (now in Poland). Klemperer was one of the world’s leading conductors. He conducted the operas of Hamburg, Barmen, Strassburg, Cologne, Wiesbaden and Berlin. During the Nazi period he conducted in Los Angeles and after the war in Budapest.

Death of Ernst Kummer in Sorau, Germany. Kummer was the mathematician who introduced the concept of ideal numbers. Kummer was a professor of mathematics at the University of Berlin. He demonstrated with his ideal numbers he proved the insolubility of Fermat relation for all but a limited number of prime numbers. He also developed the Kummer surface.

Death of Carl Schurz in New York (born in Liblar, Germany). Schurz, a liberal political thinker in his youth, took part in the revolution of 1848. He was imprisoned for that activity but escaped and immigrated to the United States. A resident of Wisconsin he soon became strongly involved in the antislavery movement. He served as a general in the Civil War. After the war he worked for the dignity and rights of the former slaves. He was elected to the Senate from the state of Missouri in 1869. Under President Hayes he was secretary of the interior. After his retirement from government he edited the New York Evening Post and The Nation.

The Netherlands surrender to Germany in World War II.

The Warsaw Pact is created with East Germany as a member. (West Germany had joined NATO on May 9, 1955).

President Bill Clinton of the United States visits Tempelhof Airport to commemorate the 50th Anniversary of the Berlin Air Lift.