The Pope Gregory V crowns Otto III as the Emperor of the Holy Roman Empire. Gregory V was the first German Pope. Otto III later brought troops to Italy to combat the forces of an anti-pope, John XVI who attempted to take the office of pope from Gregory V. Otto restored Gregory in 998.

May 21 is the feast day of St. Herman Joseph von Steinfeld. St. Hermann Joseph was born in about 1150 in Cologne, Germany. His contemporary biographer relates that he was dedicated to the Blessed Virgin from his youth on. Many charming legends are told of his youthful dedication to Mary. At age 12 he entered the monastery at Steinfeld, Germany (Eifel). He was later ordained a priest and continued to be known for his humility and devotion to Mary. For many years he reported visions of the Blessed Virgin. He wrote many poems and hymns dedicated to Mary. Many of these are preserved. St. Hermann Joseph was canonized by Pope Pius XII in 1958. He is entombed in the monastery in Steinfeld. His feast day is May 21. 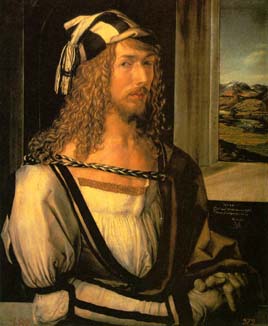 Birth of Albrecht Dürer in Nürnberg, Germany. He was a friend of Philipp Melanchthon, Martin Luther and Desiderius Erasmus. He was appointed court painter to the Holy Roman Emperors, Maximilian I and Charles V. Dürer is noted principally for his woodcuts and wood engravings. Some of his best known works are “The Four Horsemen of the Apocalypse”, “The Passion of Christ”, “Adam and Eve” and “St. Jerome in his Study”. He was also a painter. His “Self Portrait” is well known as is his “Adoration of the Magi”. Dürer is also noted for his watercolor studies of natural history.

Birth of August Immanuel Bekker in Berlin, Germany. Bekker was a professor of classical studies at the University of Berlin. He achieved his reputation through the preparation of outstanding critical editions of ancient Greek writers.

Birth of Gustav Lindenthal in Brünn, Austria. After an early career as a civil engineer in Austria and Switzerland Brünn immigrated to the United States in 1871. In the U. S. he continued his work as a civil engineer. In 1890 he became commissioner of bridges for New York City. He was a consulting engineer for the Hell Gate Railway bridge and designed the Queensboro Bridge.

Birth of Rudolf Lotze in Bautzen, Germany. Lotze was a philosopher who developed the philosophy of Theistic Idealism. He studied at the University of Leipzig. He later taught at the Universities of Leipzig, Göttingen and Berlin. His noted books are “Logik” (1843), “Mikrokosmos” (3 vols. 1856-64) and “Metaphysik” (1879). 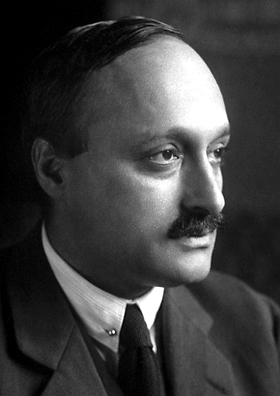 Death of James Franck (1882-1964) in Göttingen, Germany. Frank became a professor of physics at the University of Göttingen in 1920. He won the Nobel Prize for Physics in 1925 for his work on the excitation and ionization of atoms by electron bombardment. He fled Germany in 1933. In 1935 he accepted a position at Johns Hopkins University and in 1938 at the University of Chicago.