Feast Day of St. Maximin von Trier (? – ca. 349) (Latin name Maximinus) The Roman Maximin came to Trier (then the capital of the Western Roman Empire, now in Germany) to study with St. Agritius (then the Bishop of Trier) and was ordained a priest by him. Maximin would become the bishop of Trier in ca. 332. He was a staunch defender of the orthodox Christian faith against the Arian teachings. Evidence of his effectiveness against the Arians was the fact that at that at the Arian synod of Philippopolis in 343 Maximin was among those specifically condemned. Maximin was regarded as a saint shortly after his death. His designation as a saint predates the formal practice of canonization by a pope. His feast day is May 29. The Abbey of St. Maximinus near Trier was founded in his honor in the 7th century. 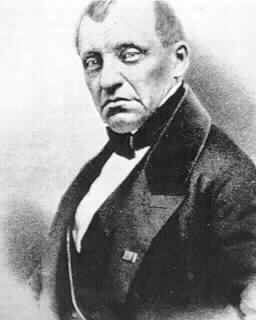 Birth of Johann von Mädler (1794-1874), who published the most complete and detailed map of the moon ever made to that time (4 vols. 1834-1836). His map remained the best until 1879. He was orphaned at age 19 by an outbreak of typhus, and found himself responsible for raising three younger sisters. He began giving academic lessons as a private tutor and in this way met Wilhelm Beer, a wealthy banker, in 1824.

In 1829 Beer decided to set up a private observatory with a 95 mm refractor telescope made by Joseph von Fraunhofer, and Mädler worked there. In 1830 they began producing drawings of Mars which later became the first true maps of that planet. They were the first to choose what is today known as Sinus Meridiani as the prime meridian for Mars maps. They made a preliminary determination for Mars’ rotation period, which was off by almost 13 seconds. A later determination in 1837 was off by only 1.1 seconds.

Death of Johannes von Müller in Kassel, Germany. Müller was a highly influential Swiss historian. His major work is Geschichten Schweizerischer Eidgenossenschaft. He is sometimes referred to as “the Swiss Tacitus.”

The present constitution of Switzerland comes into force.

Birth of Oswald Spengler, the philosopher who is remembered primarily for Der Untergang des Abendlandes. 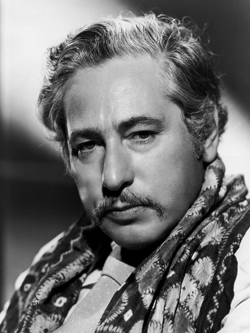 Birth of Erich Wolfgang Korngold in Brünn, Austria (now in the Czech Republic). Korngold composed a ballet, Der Schneemann, at age 11. In his teens he wrote operas which gained international attention, Der Ring des Polykarates (1914) and Violanta (1916). He wrote Die Tote Stadt in 1920. Korngold immigrated to the United States in 1934 where he became a composer of music for films in Hollywood. He won academy awards for the music for Anthony Adverse (1936) and The Adventures of Robin Hood (1938).

Death of Erich Honecker in Santiago, Chile. Honecker was the leader of East Germany from 1971-1989. He had been in charge of the building of the Berlin Wall (1961). After the unification he was to be tried for giving the order to shoot persons attempting to cross the border. However due to his state of health (liver cancer) the court decided (1993) that he could not be tried. As soon as the decision had been made, Honecker left Germany for Chile where he lived until his death in 1994.