St. Othmar was a monk in St. Gallen where he united the monks in the area into a monastery of the rule first of St. Columban and later of St. Benedict. He was noted for his ministry to the poor. After refusing to allow the monastery to fall into secular hands, he was imprisoned and died in prison on the island of Werd in the Rhine. His following and the legends of his life grew rapidly after his death. He remains today a very popular saint in Switzerland. His sainthood predates the practice of canonization by a Pope. His feast day is November 16. 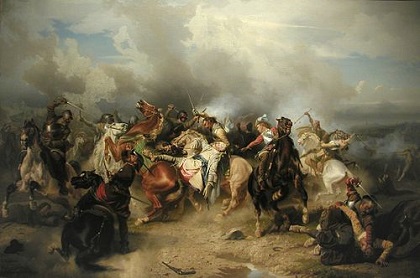 The Battle of Lützen took place in the Thirty Years’ War. It was in this battle that Gustavus Adolphus was killed. At that time he was clearly the most powerful force among the factions fighting in the Thirty Years’ war. On November 16, near Lützen, Germany, he attacked the army of German General Wallenstein. The Catholic army of Wallenstein was defeated, giving victory to the Swedes, but during the fighting King Gustav Aldof was killed.

Death of Carl Philipp Gottfried von Clausewitz (01 June 1780 – 16 November 1831) – a Prussian soldier and military theorist who stressed the “moral” (in modern terms, psychological) and political aspects of war. His most notable work, Vom Kriege (On War), was unfinished at his death.

Death of Joseph Freiherr von Eichendorff in Neisse, Germany. Eichendorff was one of the best of the Romantic poets. A number of his poems have been put to music by Schumann and Mendelssohn. His best known novella is Aus dem Leben eines Taugenichts (1826). 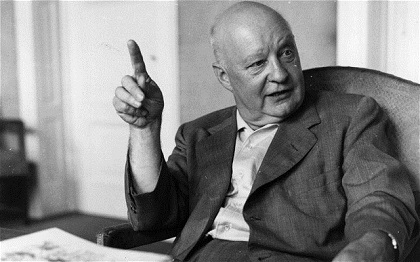 Birth of Paul Hindemith in Hanau, Germany. Hindemith was one of the leading composers of the 20th century. His works include Die junge Magd (1922), Das Marienleben (1924), and the opera, Cardillac (1926). In 1928 he collaborated with Kurt Weill on Der Lindberghflug. When the Nazis came to power he left Germany to teach in Turkey and the United States (Yale). After the war he taught at the University of Zürich.

Death of Camillo Sitte in Vienna, Austria. Sitte was a pioneer of city planning. His ideas are contained in his book Der Städtebau nach seinen künstlerischen Grundsätzen (1889).

The East German singer, Wolf Biermann, after a concert tour in the West is denied reentry into East Germany.