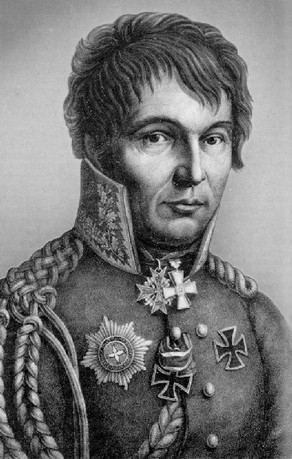 Carl Philipp Gottfried von Clausewitz (01 June 1780 – 16 November 1831) was a famous Prussian soldier and military strategist. He is a well-known personality in the warfare affairs due to his fundamental military theories and historical works, such as On War (Vom Kriege).

Clausewitz was a middle-class representative by birth. He was born in Burg bei Magdeburg, Prussia in June 1, 1780. The professional background is obvious, Clausewitz’s father used to be a lieutenant of the Prussian army. Carl was the fourth and youngest son in the family. He became a part of the Prussian Army in 1792.

He was commissioned during the Rhine campaign of 1793-94 against the French Revolutionary army and spent the next several years on garrison duty. That gave him a great chance to dedicate most of time to self education. His studies at the Kriegsakademie ( “German War School in Berlin”, “Military Academy in Berlin”, and “Prussian Military Academy”) in 1801 were the first step to the future achivements. Only his personal knowledge and huge desire eventually enabled him to gain admission to the Berlin War College at the age of 21.

Clausewitz learned military science under the guidance of Gerhard von Scharnhorst, he also studied Kant’s philosophy and literature. That was the second step towards the basic war strategic ideas. Scharnhorst played a conclusive role in Clausewitz’ life. Scharnhorst introduced him at court – where he met a young countess Marie von Bruhl, later she became his devoted wife, – and obtained for him an appointment as aide to Prince August.

He served in the campaign of Jena (1806) and was captured by the French with the rest 25,000 prisoners at Prenzlau. He was lucky to returned to Prussia in 1808. Clausewitz became one of the leaders of Prussian Army reform under Scharnhorst but then he left the Prussian army on the eve of Napoleon’s invasion of Russia (1812) and, like many other German soldiers, entered Russian service. 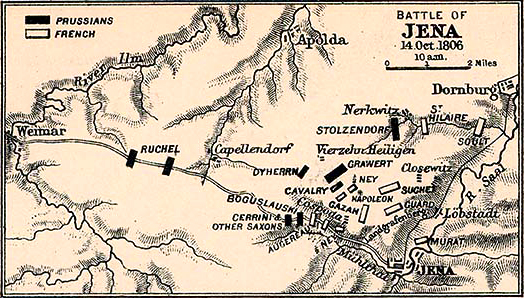 Clausewitz distinguished himself as a Russian staff officer from 1812 to 1813 during the Russian Campaign. He was partially responsible for the Russians’ successful strategic retreat and for negotiating the Convention of Tauroggen.

After the campaigns of 1813-14, he returned to Prussian service to be in army corps during the Waterloo campaign in 1815. In 1818 he became a General and was appointed administrative head of the War College. Next 12 years Clausewitz spent in writing his historical studies and his major work on military strategy – On War (Vom Kriege). His large-scale fame is based on that very work.

Clausewitz analysed the experiences of Frederick the Great, Napoleon and his own to get the main factors of success in war. There was no system of strategy, he underlined the important meaning of psychological and accidental moments, the necessity of a critical approach to strategic problems. Clausewitz established strategy at three main targets: the enemy’s forces, his resources, and will to fight. Defensive warfare he considered to be both militarily and politically the stronger position.

He continued working over ‘On War’ and was transferred to Breslau. Then he met the Polish revolution of 1830 at Prussian forces. He died on Nov. 16, 1831 with a horrible diagnosis – cholera, shortly after his return to Breslau . His papers were edited and published by the beloved widow.