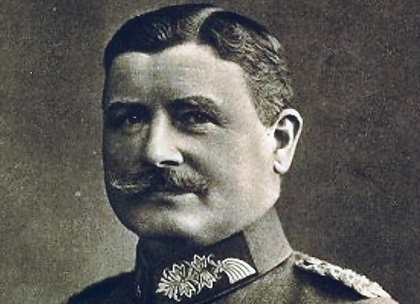 Birth of Wilhelm Groener in Ludwigsburg, Germany. In October 1918 he replaced General Erich Ludendorff as quartermaster general (Ludendorff had to resign to make armistice negotiations possible). He joined General Paul von Hindenburg in informing Kaiser Wilhelm that he no longer had the confidence of the army and should abdicate. He kept the army in support of the new democratic government of Friedrich Ebert.

Birth of Joseph Olbrich in Troppau, Germany (now in the Czech Republic). Olbrich was a cofounder of the “Wiener Sezession”, an Austrian Art Nouveau group. An architect, Olbrich built a number of houses and public buildings in Darmstadt, Cologne and Düsseldorf.

Death of Kurt Koffka in Northampton, Mass. (born in Berlin, Germany). Koffka worked with Wolfgang Köhler and Max Wertheimer at the University of Giessen to develop a holistic approach to psychology which is known as “gestalt psychology”. In 1927 Koffka accepted an appointment at Smith College in the United States, where he remained for the rest of his life, teaching and promoting his concept of holistic psychology.

The Free University of Berlin is founded. The Freie Universität Berlin (Free University of Berlin, often abbreviated as FU Berlin or simply FU) is a research university located in Berlin and one of the most prominent universities in Germany. It is internationally known for its research in the humanities and social sciences, as well as in the field of natural and life sciences.
Founded in West Berlin during the early Cold War period, its name refers to city’s status as part of the free western world. Freie Universität Berlin is one of eleven German elite universities in the German Universities Excellence Initiative, a national competition for institutions of higher education. Winning a distinction for five doctoral programs, three interdisciplinary research clusters and its overall institutional strategy as an “International Network University”. 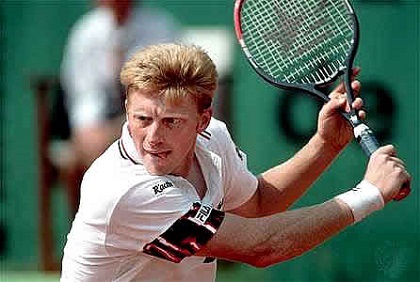 Birth of the tennis star, Boris Becker, in Leimen, Germany. It was on July 7, 1985 that he won the men’s singles at Wimbledon and became the youngest ever to win that title. Becker started playing competitively at age 8.

Death of Hans Adolf Krebs in Oxford, England. Krebs won the Nobel Prize for Physiology or Medicine in 1953 for the discovery of the ticarboxylic acid cycle in living beings. He had been a professor at the University of Freiburg. Krebs fled Germany in 1933 and moved to England.