“From my thirteenth year on, it was clear to me that I wanted to be either a poet or nothing at all.”
(“Life Story Briefly Told” H.Hesse) 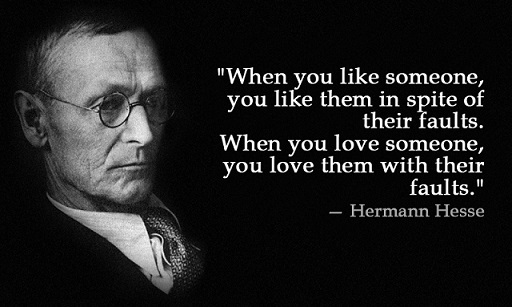 Hermann Hesse’s creativity has explored the duality of nature and individual’s spiritual search, breaking all social rules. His novels “Steppenwolf”, “Demian, Siddhartha”,“The Glass Bead Game” have sold in millions. They have become the embodiment of the passions of adolescent crisis and the hunger for a spiritual release in a materialistic world.

The beginning of Hesse’s literary career is closely connected with German Romanticism; it can be noticed in his early “Romantic Poems” (“Romantische Lieder”, 1899). His first major breakthrough as a writer came with the novel “Peter Camenzind” in 1904. It is identified by the critics as “the lyrical prose”. The leading motives of this novel are the “simple life”, spiritual freedom and closeness to nature. The reason of Hesse’s affinity to Romanticism is his interest in the Middle Ages. He studied Italian art and medieval legends.

It is very important to admit, that Hesse was the first writer to be psychoanalyzed. Hesse’s creativity is a journey to his rich inner world, which illustrates the acute contradictions in the role of the modern artist. His correspondence, diaries and poems help him not to be lost in the labyrinth of his own soul. It reflects not only the artistic temperament, but also the process of artistic creativity itself.

Hermann Hesse is famous for being the “author of crisis”. It means that in his novels he subjects himself to the self-analysis, in order to find his own identity. No doubt, author’s upbringing had a great impact on both his personality and literary style. 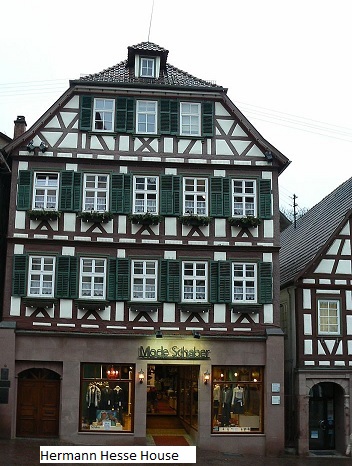 Twice in his life, Hesse experienced dramatic inner contradictions of his mental and psychological state. 15-year-old Hesse was sent by his parents to the private clinic in Bad Boll. Hesse did not follow the recommendations of the theologists and attempted to take his own life. There had been made a conclusion, that the young man was possessed by “evil and devilry”. The diagnosis as noted in the medical records: melancholy. Hesse tried to renew his spiritual harmony, writing accusatory letters home. It gave him a slight relief.

A second crisis in his life coincided with the First World War. Hesse was put to a state of emotional and psychological distress. The horrors of war and difficult situation in the family influenced his emotional state. As a result, Hesse was run into deep depression. The writer had to abandon the work and undergo psychoanalysis at the Sonnmatt private clinic in Lucerne. There he managed to overcome the crisis.

The encounter with psychoanalysis turned out to be a major turning point in Hesse’s life. The period of new beginnings found its expression in the novel “Demian” (1919), which was an attempt at self-analysis. The style of “Demian” is pure Hermann Hesse. The author dramatizes moral and theological points, directly through the thoughts of the main character and his close interaction with life teachers. Thomas Mann compared the importance of this novel to James Joyce’s “Ulysses” and André Gide’s “The Counterfeiters”.

The essence of “Demian” could be briefly expressed in Hesse’s words: “There is no reality except the one contained within us. That is why so many people live such an unreal life. They take the images outside them for reality and never allow the world within to assert itself.”

One of the most famous Hesse’s works is “Siddhartha” – an allegorical novel about the spiritual journey of a boy known as Siddhartha from the Indian Subcontinent during the time of the Buddha. The next important Hesse’s work “Steppenwolf” (“Der Steppenwolf’) is considered to be one of his favorite novels. It combines autobiographical and fantastic elements, being the writer’s way to express his pain in the image of lonely wolf. The story greatly reflects a crisis in Hesse’s inner world in the 1920s.

The peculiar features of Herman Hesse’s style are:

Hesse is a source of great fascination for each new generation, who takes up his books as an instruction for the examining of their own identity. His books help to analyze the eternal question of the meaning of life.

Hermann Hesse is generally considered to be the most translated German author since the Brothers Grimm. Worldwide, over 100 million copies of his books – now translated into close on 60 languages – have been published.