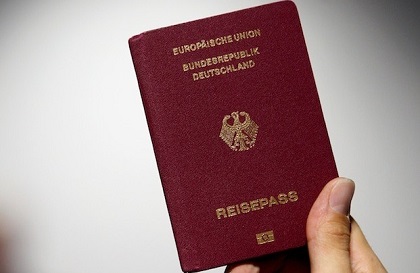 On January 1, 2000 a new nationality law came into force in Germany. This law will help foreigners living in Germany to become German citizens. According to the new law, “At the heart of the reform is the supplementing of the traditional principle of descent (jus sanguinis) by the acquisition of nationality by birth. For children born in Germany of foreign parents, this makes it easier for them to identify with their home country of Germany. They are given the chance to grow up as Germans among Germans.” Until now citizenship was identified according to the principle of descent. From now on the only thing that matters is the place of birth, like in many other European countries.

The German government estimates around half of the foreigners living in Germany will become eligible for citizenship under the new law. All children born in Germany will now automatically receive citizenship, if at least one of their parents has lived in Germany for eight years. The children of foreign parents will be entitled to dual citizenship until they are 23, at which point they must choose. Also, a person must fulfill certain conditions – be loyal to Germany and its people, and have a good command of the German language.

Children born on or after 1 January 2000 to non-German parents acquire German citizenship at birth if at least one parent:

Descent from a German parent 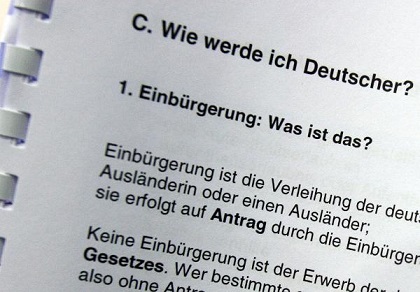 An individual who fulfils all of the following criteria has an entitlement to naturalise as a German citizen:

An individual who does not have legal capacity is entitled to naturalise as a German citizen merely through ordinary residence in Germany for at least 8 years – he/she does not have to fulfil the other criteria (e.g. adequate command of the German language and ability to be self-supporting without recourse to benefits).

Exceptions to the normal residence requirements include: