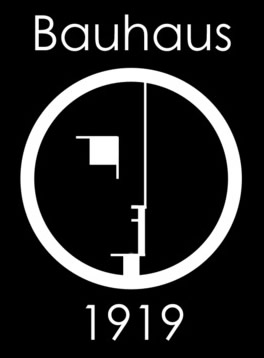 The end of Bauhaus

The Nazi majority of Dessau suspended the seat of learning. Paul Schultze-Naumburg was the architect that they sent into the school to re-establish pure German art instead of the “cosmopolitan rubbish” the Bauhaus artists were doing. He described Bauhaus furniture as Kisten, or boxes. Bauhaus was even as private institution so much hated by the National Socialist government that the police closed it up on 11th April, 1933. By September 1932, the Nazis had won a majority in Dessau, and cut off all financial support to the Bauhaus. The school was forced to move to Berlin, where it survived without any public funding for a brief time. On April 11 1933, the Berlin police, acting on the orders of the new Nazi government finally closed it.

The Nazi’s “degenerate art” exhibition in 1937 featured works by several former Bauhaus teachers. The Nazis failed in their efforts to completely erase the Bauhaus. Its forced closure and the subsequent emigration of many of its former staff and students, ensured that it would become famous and influential throughout the world, especially in the United States, where a Bauhaus school was established in Chicago in 1937. The Bauhaus had a lasting impact on art education and in architecture.

The New Bauhaus, founded in 1937 in Chicago, was the immediate successor to the Bauhaus dissolved in 1933 under National Socialist pressure. Bauhaus ideology had a strong impact throughout America, but it was only at the New Bauhaus that the complete curriculum as developed under Walter Gropius in Weimar and Dessau was adopted and further developed. The former Bauhaus master Laszlo Moholy-Nagy was founding director of the New Bauhaus. The focus on natural and human sciences was increased, and photography grew to play a more prominent role at the school in Chicago than it had done in Germany. Training in mechanical techniques was more sophisticated than it had been in Germany.