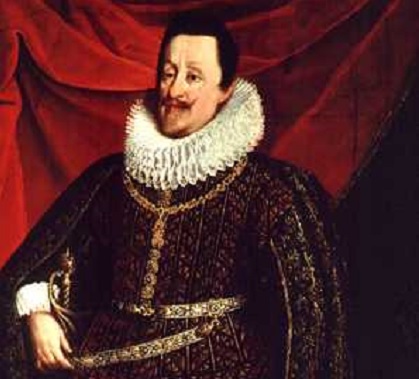 The Thirty Years’ War resulted from a local rebellion, but the admixture of religion transformed it into a European conflict that lasted for more than a generation and devastated Germany. In 1618 Bohemian nobles opposed the decision of Emperor Matthias (r. 1608-19) to designate his Catholic cousin Ferdinand king of Bohemia. Instead, the nobles elected Frederick of the Palatinate, a German Calvinist, to be their king. In 1620, in an attempt to wrest control from the nobles, imperial armies and the Catholic League under General Johann von Tilly defeated the Protestant Bohemians at the Battle of White Mountain near Prague.

The Protestant princes, alarmed by the strength of the Catholic League and the possibility of Roman Catholic supremacy in Europe, decided to renew their struggle against Emperor Matthias. They were aided by France, which, although Roman Catholic, was opposed to the increasing power of the Habsburgs, the dynastic family to which Matthias and Ferdinand belonged. Despite French aid, by the late 1620s imperial armies of Emperor Ferdinand II (r. 1619-37) and the Catholic League, under the supreme command of General Albrecht von Wallenstein, had defeated the Protestants and secured a foothold in northern Germany.

In his time of triumph, Ferdinand overreached himself by publishing in 1629 the Edict of Restitution, which required that all properties of the Roman Catholic Church taken since 1552 be returned to their original owners. The edict renewed Protestant resistance. Catholic powers also began to oppose Ferdinand because they feared he was becoming too powerful. Invading armies from Sweden, secretly supported by Catholic France, marched deep into Germany, winning numerous victories. The Catholic general Tilly and Sweden’s Protestant king, Gustavus Adolphus, were killed in separate battles. Wallenstein was assassinated on Emperor Ferdinand’s orders because he feared his general was becoming too powerful. After the triumph of the Spanish army over Swedish forces at the Battle of Noerdlingen in 1634, a truce was arranged between the emperor and some of the German princes under the Treaty of Prague. France then invaded Germany, not for religious reasons but because the House of Bourbon, the dynastic family of several French and Spanish monarchs, wished to ensure that the House of Habsburg did not become too powerful. This invasion is illustrative of the French axiom that Germany must always remain divided into small, easily manipulated states. (Indeed, preventing a united Germany remained an objective of French foreign policy even late in the twentieth century.) Because of French participation, the war continued until the Peace of Westphalia was signed in 1648.


Related articles:
The Thirty Years’ War
The Counter-Reformation
The Peace of Westphalia