The Peace of Augsburg brought peace but did not settle the religious disagreements in Germany. For one thing, its signatories did not recognize Calvinism, a relatively stringent form of Protestantism that was gaining prominence around the time the Augsburg treaty was signed, in what has been called the Second Reformation. Adherents to both Calvinism and Lutheranism worked to spread their influence and gain converts in the face of the Counter-Reformation, the attempt of the Roman Catholic Church to regroup and reverse the spread of Protestantism. Followers of all three religions were at times successful, but only at the expense of the others.

Fear of religious subversion caused rulers to monitor the conduct of their subjects more closely. Attempting to help the modern reader understand the intensity and pervasiveness of this fear, Mary Fulbrook, a noted British historian of Germany, has likened it to the anxiety prevailing in the first years of the Cold War. An example of the social paranoia engendered by the religious tensions of the period is Protestant Germany’s refusal until 1700 to accept the Gregorian calendar introduced by the papacy in 1582 because the reform entailed a one-time loss of the days between October 5 and 14. Many Protestants suspected that Roman Catholics were attempting somehow to steal this time for themselves. 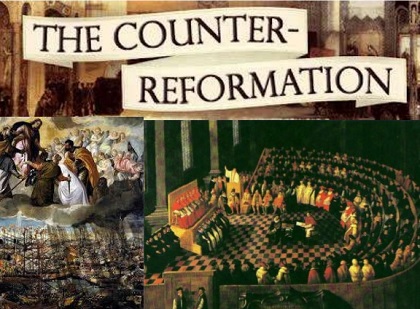 By the first decades of the 17th century, religious controversy had become so obstructive that at times the Reichstag could not conduct business. In 1608, for example, Calvinists walked out of the body, preventing the levying of a tax to fight a war against the Turks. In the same year, the Evangelical Union was established by a few states and cities of the empire to defend the Protestant cause. In 1609 a number of Roman Catholic states countered by forming the Catholic League. Although both bodies were less concerned with a sectarian war than with the specific aims of their member states, their formation was an indication of how easily disputes could acquire a religious aspect.