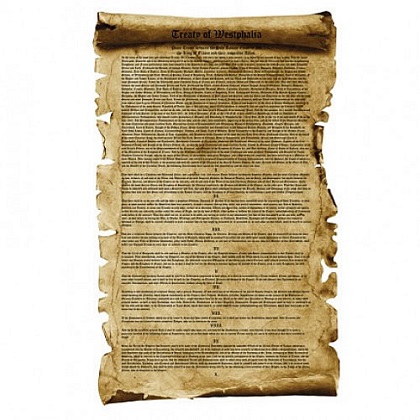 The Peace of Westphalia largely settled German affairs for the next century and a half. It ended religious conflicts between the states and included official recognition of Calvinism. Its signatories altered the boundaries of the empire by recognizing that Switzerland and the Netherlands had become sovereign states outside the empire. Portions of Alsace and Lorraine went to France. Sweden received some territory in northern Germany, which in the long run it could not retain. Brandenburg became stronger, as did Saxony and Bavaria.

In addition, states within the empire acquired greater independence with the right to have their own foreign policies and form alliances, even with states outside the empire. As a result of these changes, the Holy Roman Empire lost much of what remained of its power and would never again be a significant actor on the international stage. The Habsburgs would continue to be crowned emperors, but their strength would derive from their own holdings, not from leadership of the empire. Germany was less united in 1648 than in 1618, and German particularism had been strengthened once again.

The Thirty Years’ War had a devastating effect on the German people. Historians have usually estimated that between one-fourth and one-third of the population perished from direct military causes or from illness and starvation related to the war. Some regions were affected much more than others. For example, an estimated three-quarters of Wuerttemberg’s population died between 1634 and 1639. Overall losses were serious enough that historians believe that it took a century after the Thirty Years’ War for Germany’s population to reach the level of 1618.

Germany’s economy was also severely disrupted by the ravages of the Thirty Years’ War. The war exacerbated the economic decline that had begun in the second half of the sixteenth century as the European economy shifted westward to the Atlantic states–Spain, France, England, and the Low Countries. The shift in trade meant that Germany was no longer located at the center of European commerce but on its fringes. The thriving economies of many German towns in the late Middle Ages and first half of the sixteenth century gradually dried up, and Germany as a whole entered a long period of economic stagnation that ended only in the second half of the nineteenth century.