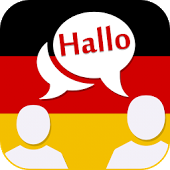 Actually, the exact German equivalent to “hi” is, well, “hi”. It’s not really German, as you might assume, but Germans adopted it and it’s quite usual among younger and less conservative people.

From “hallo” to “na”, learn the different ways to say “hello” in the German language. You’ll fit right in regardless of where you are in the country.

This is the simplest way to say “hello” in German. It’s a friendly, all-purpose greeting that can be used in pretty much any situation, formal or informal.

First of all, note that Morgen, Tag, and Abend are all masculine nouns, so we know that gut must be masculine in all three phrases. But what case are the nouns?

Think about it like this. When you say “good day” to somebody, what are you actually saying? Probably something like “I wish you a good day”. In German that’s ich wünsche dir einen guten Tag.

In that sentence the word Tag is the direct object of the verb wünsche, so it (and any associated adjectives) must be accusative. Therefore we must use the masculine accusative form of gut, i.e. guten. Simple!

If you live or travel in Germany, you’ll hear people saying alles klar all the time. It means “everything (is) clear!”.

It can be used as a question (alles klar?) a statement, or merely to fill empty space. What we care about here is that it’s also used as a greeting, especially by young people.

Was ist los? is hard to translate directly.

The adjective los roughly means “separate” or “free”. Asking someone was ist los? is like saying “what’s up?” or “what’s going on?”, very similar to greeting someone with alles klar?

The confusing thing is that was ist los? can also mean “what’s the matter?”, i.e. it implies that you perceive that something is strange or wrong.

However, from the context and the tone of voice it’s usually obvious which meaning of was ist los? is being used.

“How does it go to you?” is the literal translation of this essential German phrase. You can guess at a better translation: this is a common German way of saying “how’s it going?”

When you use dir, it’s informal. In a more formal situation, you should probably say wie geht es Ihnen?

The phrase is often shortened to wie geht’s? The easiest response is a simple gut, danke – “good, thanks”.

Within and between the German-speaking countries, there’s a lot of linguistic and cultural diversity.

Not every greeting is in equal use across the entire Germany. So for the next few items on this list, we’ll look at some greetings that are unique to certain areas.

Grüß Gott is an expression that’s mainly used in Bavaria (south-eastern Germany) and Austria. Literally, it means something like “greetings (from) God”. A better, less literal translation is “God bless you”. It’s a very formal way of saying hello.

Bavarians also use Grüß dich!, which essentially means “greetings to you!”. This is less formal, but it tends to be used more by the older generation than the younger.

Servus is Latin for “servant”, and its use as a greeting comes from a Latin phrase meaning “at your service”.

Like Grüß Gott, servus is mainly used in Bavaria and Austria. It can also be used to say goodbye.

Let’s move to the other end of the German map. Moin is a common greeting in northern Germany, especially in and around Hamburg. You also sometimes hear people doubling it up: moin moin!

The origins of the word “moin” are uncertain. Many think that it comes from a regional pronunciation of Morgen (“morning”), but it’s possible that it also comes from a Low German word meaning “good”.

Whatever the case, you can use moin at all times of day. The people of Schleswig-Holstein will love you for it.

Na is another regional German greeting. It’s common in the north, and people from Southern Germany, Austria and Switzerland tend to struggle with it.

There’s no easy way to translate na into English. It’s best explained by example: when two (northern) Germans meet, one might say “na”, to which the other replies “na” – and then the conversation begins. It’s like “hey”, “how are you?”, and “fine, thanks” all rolled into one versatile syllable. Germans are famous for their efficiency, after all.

This one might not technically count as a greeting, but it’s still worth including, because you’re likely to say it when meeting someone… but only if you’re not meeting face-to-face.

Imagine you’re calling, texting, emailing, or otherwise communicating at a distance with someone who already knows you. If they don’t recognize your voice/number/address, what do you say to let them know who it is?

In English you’d say “it’s Benny”, but you can’t translate this directly into German (i.e. I can’t say es ist Benny). Instead you’d have to say hier ist Benny – “here is Benny.”

This is a subtle detail, but it’s absolutely something you should know!

Now let’s look at some ways to say “goodbye” in German. Probably the most common way to do this is to say Tschüss – “bye”!

Don’t be intimidated by the spelling. The cluster of consonants “tsch” is pronounced just like a “ch” in English.

Ciao is Italian in origin, but it’s common in Germany, as it is in many other parts of Europe!

Wieder means “again” and sehen means “to see”. So auf wiedersehen essentially means “when we see each other again!”

While this is a well-known phrase that every German will understand, it’s very formal-sounding and a bit old-fashioned.

This literally means “until soon”. So it’s like saying “see you soon!”. It’s a friendly, informal way of saying goodbye.