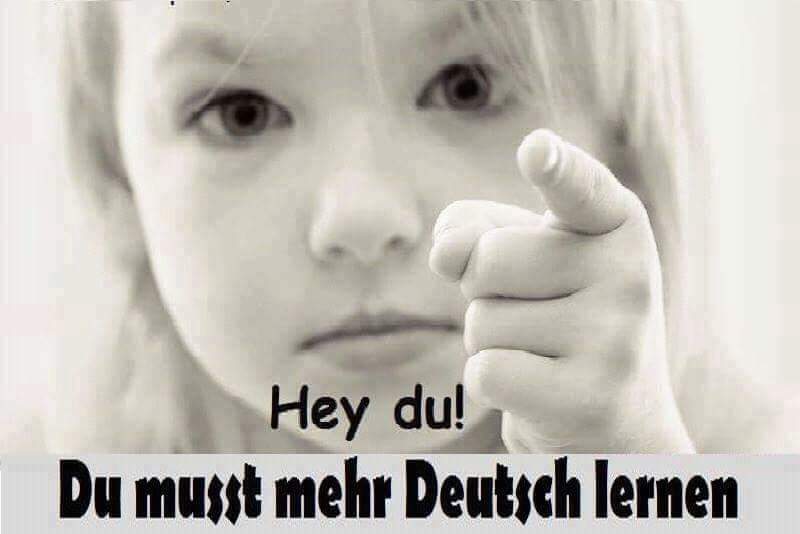 Many people arrive in Germany without speaking a word of the language. While some put months of their lives into mastering the language, others choose not to. There are lots of reasons for that: family life, jobs or just the sheer omnipresence of English can hold us back. But there are really good reasons to enlist in a Deutschkurs:
1. You won’t have to start every conversation with an apology

If you don’t speak a word of German beyond “Entschuldigung, ich spreche kein Deutsch”, every time someone starts to speak to you, you have to start the conversation by saying sorry. This can lead to rather embarrassing situations if you have already lived in the country for a couple of years or more.

And as soon as you can respond to someone in German you will notice that they are much more prepared to keep talking. Learn German and you might start to question a few of the common stereotypes about the Germans.

2. People won’t have to work around you

Most Germans speak English to a good enough level so that they can keep a conversation going in it. So if they are in a big group and one person doesn’t speak German, they will normally make an effort to switch to English. But do you really want to be the one that causes them all to speak in a foreign language, just so that everyone can join in? 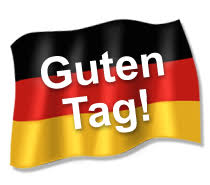 3. You will meet a bigger variety of people

While it is true to say that most Germans (especially younger ones) speak good English, this doesn’t mean that they are good enough at it to really express themselves.

If you don’t speak German you are limiting yourself to knowing the people who were nerds at school or whose families had enough money to send them on a year abroad at high school. Speaking the native tongue means you will get to know people from many more walks of life, whether it be the Oma in the apartment across the hall or the cute sales manager at your grocery store.

4. You’ll get a deeper appreciation for what is going on around you

While sometimes it is pleasant not to hear the small talk taking place next to you on the train or in the supermarket queue, not understanding what people are saying can narrow your horizons.

Speaking German gives you all kinds of little snapshots on life which allow you to better understand how Germans tick. This could be how they raise their kids, what music is currently in fashion or what political debates are riling people up.

But it doesn’t just have cerebral benefits. Picking up on what is going on around you might also help you understand why a train is delayed, or help you nab tickets for a concert.

5. You won’t be useless in an emergency

Sure, if you are trained in CPR, you are probably more useful than the average person, regardless of whether they speak the local language or not. But if something happens that requires people to respond quickly, you will be much better equipped to understand what is needed and how to react if things don’t have to be translated for you first.

6. It will help prevent dementia

If we haven’t managed to convince you yet, how about this for a reason? Learning German will help ward off the debilitating effects of Alzheimer’s.

Research demonstrates that those who are bilingual – even if they don’t begin learning a second language until middle age – are far less likely to develop Alzheimer’s than their monolingual peers. Even if a person does not become fluent, language learning exercises – similar to the impact of physical exercise on the body – keeps the brain fit.

7. The sense of achievement

Unquestionably, one of the things that demotivates people about German is how darned fiddly it is. For English speakers, the concepts of dative, genitive and accusative can seem overwhelming at first. And, as if they weren’t complicated enough already, each of them is different depending on whether the noun is masculine, feminine or neuter.

Mark Twain wasn’t so far off when he said that learning German “is what eternity was made for”.

But this only adds to the accomplishment of actually learning the language. If you’ve found for instance that you naturally put an ‘s’ on the end of the word Mann when you are describing possession, you can pat yourself on the back. Rest assured, your brain is in good working order.

8. You’ll get to read things in the original

Speaking German means that the vast canon of German literature, theater of film is opened up to you in the original. That means that you can read the exact words that Goethe himself picked, or you can enjoy Das Leben der Anderen without spending half the time looking at the subtitles.