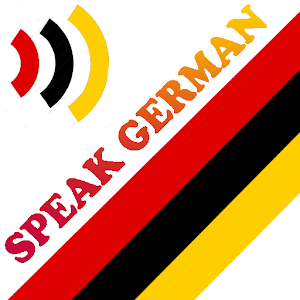 Using these words will definitely make you sound like a true German!

Do you have strong feelings about anything and everything? “Krass” can be used whenever you have an extreme emotional reaction towards something.

The phrase “Das ist der Hammer!” in fact has nothing to do with hammers, but actually implies that something is completely extraordinary.

“Wahnsinnig” has quite a similar meaning. Feeling the adrenaline pump through your body as you plunge down a crazy rollercoaster? “Das ist ja wahnsinnig!” will convey that you think it’s insanely fun or even exhilarating.

Do you think something’s cool, awesome, great or amazing? Don’t stick with your textbook classics of “toll”, “spannend” or “ausgezeichnet” – why not try the less standard “geil” instead?

If you want to avoid umming and ahhing when lost for words, these fillers are your go-to. “Quasi” and “sozusagen” are the equivalent of “so to speak”, and “naja” (“well…”) can be used if you’re a bit hesitant about a statement.

Have you heard British and American teens throwing the word “like” into sentences as if a phrase is utterly incomplete without it? It’s exactly the same here in Germany, where “halt” is sprinkled into phrases like there’s no tomorrow.

So next time you chat to your German friend, try throwing in a few fillers – you might end up with a bizarre sentence like “Naja…es war denn…halt…quasi schrecklich, sozusagen”.

While you were probably taught the adjectives “schlecht” and “schrecklich” over and over again until you could say them standing on your head, you probably haven’t heard of the more colloquial “bescheuert”.

Whether something’s rubbish, annoying, or depressing – if it brings you down, it can be described as “bescheuert”.

But when you get to Germany, you’ll hear anyone and everyone uttering the phrase “das ist total bescheuert!” as they dash onto the station platform only to have missed the train by a few seconds.

Forget “Wie geht es Ihnen heute?”, “Wie geht’s dir?”, or even “Was geht ab?”. Why trot out all those long phrases when you can stick to the one-syllable word “Na?” to ask how someone is?

You can also use “Na” to ask how something went. When your friend comes back from a date, no lengthy question is required, just a simple “Naaaa?” will get across that you want to know all the details.

But try not to confuse it with the rather more sarcastic “Na und?” (“so what?”).

In America you’d say “buddy”, in England you’d say “mate” and in Scotland “pal”. But how do you refer to a male friend very casually in German? “Alter” or “Alta” is the way.

“Alter, was geht ab?” (“Dude, what’s up?”) is often heard among German teens. As you can tell, this kind of slang is very colloquial, so it’s generally only used by younger people.

“Das ist totaler Quatsch”, you might think when someone shamelessly declares that they are an authority on a particular subject when they clearly don’t know the first thing about it.

If you say that something is “Quatsch”, it means that it’s utter nonsense or complete gibberish.

If you know the expression “Lust haben” (“to want to do something” or “to be up for doing something”), the phrase “Bock haben” means roughly the same thing.

Not really up for the day trip that your German friends are organising? “Ich habe keinen Bock darauf” will convey your lack of enthusiasm.

Completely down for a night out, though? “Ja, ich hab’ Bock drauf” will show that you’re interested.

Instead of using “natürlich” (“of course”), a piece of vocab which was probably drummed into you at school, try out the more casual “auf jeden Fall” (“definitely” or “for sure”).

And if you want to be really down with the kids, you can shorten it to a simple ‘auf jeden’.

Another way of expressing uncertainty, “jein” is a mashup of, yep you’ve guessed it, “ja” and nein”.

So if you want to express that you’re quite doubtful about something, or you just don’t want to come down really strongly on one side or the other, “jein” is the one to use.

Forget the textbook ways of saying goodbye – the casual “Tschüß” and the more formal “Auf Wiedersehen” – by throwing in a “Mach’s gut!” to your friends instead.

Literally translated as “Make it good!”, the phrase is the equivalent of “Have a good one!” in English.