Bad Wimpfen is a historic spa town in the district of Heilbronn in the Baden-Württemberg region of southern Germany. It lies north of the city of Heilbronn, on the river Neckar. 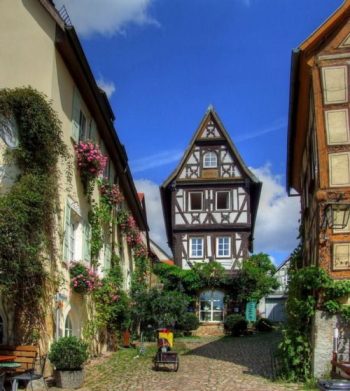 In the 16th century Wimpfen was a focal point of the Reformation. Probably the most important reformer was Erhard Schnepf who preached here from 1523 to 1526. His contemporary Heinrich Vogtherr wrote many reforming essays and hymns. Although the Catholics offered huge resistance to the Reformation, their influence and number decreased. By 1588 there were only 30 Catholic inhabitants. Catholics eventually lost their civil rights and their churches were converted to Protestant use. 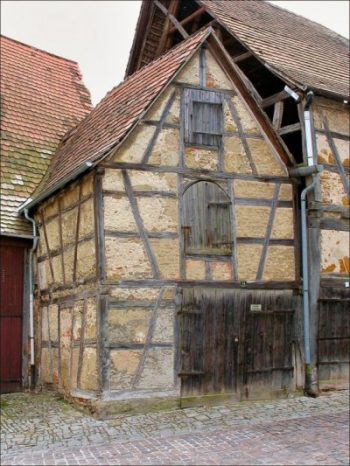 This religious conflict soon got less important, since troops of imperial Johann Tserclaes fought against the army of Margrave Georg Friedrich in 1622 nearby the town. This “Battle of Wimpfen” was one of the most important and bloody ones during Thirty Years’ War.

During this period Wimpfen was looted several times, and houses and fields were burned. The population decreased radically due to disease and epidemics. At the end of the war, in 1648, the population had been reduced to a tenth of its pre-war size. Many important buildings were destroyed in this period, and redevelopment brought about loss of large parts of the castle which was used for building materials. 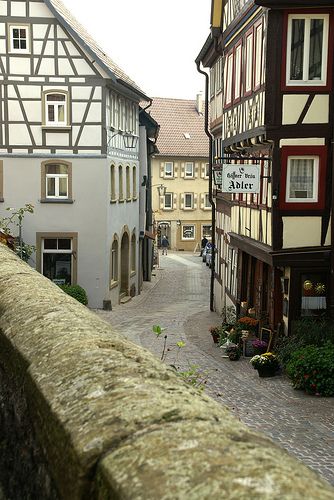 In 1752 the first bore-holes were drilled for salt-water. In 1817 a permanent salt production works was established. The brine was usually able to be used therapeutically, and in 1835 the first therapeutic hotel opened (Mathilden Spa Hotel). A new economic prosperity began, and a new town hall was built in 1836. Many of the older Staufer buildings were destroyed at this time or fell into disrepair or disuse. 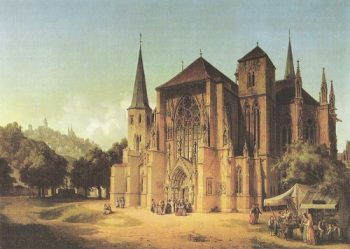 After the opening of the new rail road, running from Heilbronn to Heidelberg, in the 1860s, the spa business increased greatly. Therapeutic baths were expanded more and more, resulting in a major economic growth. Even Mark Twain reported this fact within accounts of his journey through Europe in 1867. On April 26, 1930, the town got its prefix Bad officially. 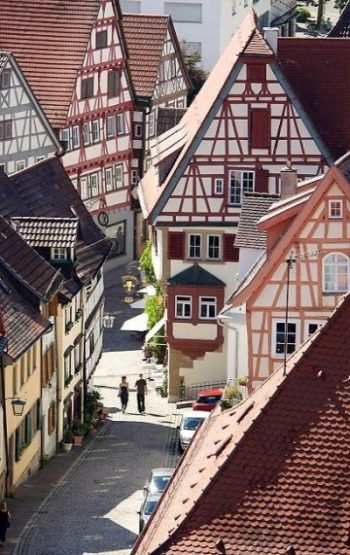 In present-day Bad Wimpfen the town is impressive both due to its various spa institutions and due to its numerous fine historic buildings. The historical old part of the town is protected completely. Since 1976 a comprehensive program of redevelopment resulted in an important restoration of most buildings. Due to the recession of the 1990s, private initiatives have now superseded the earlier state interventions, but generally development speed has decreased and settled. 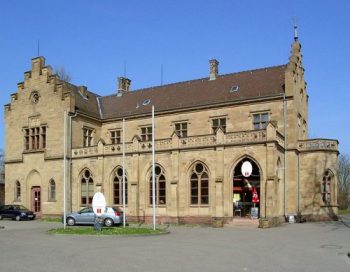 The most important building in Bad Wimpfen is the Kaiserpfalz. Its most potent remaining symbol is the Blauer Turm (Blue Tower), which was occupied for 650 years. The tower is open to visitors and offers a spectacular panorama over the whole town. The Roter Turm (Red Tower) dating from c.1200 is a second tower of the Pfalz. 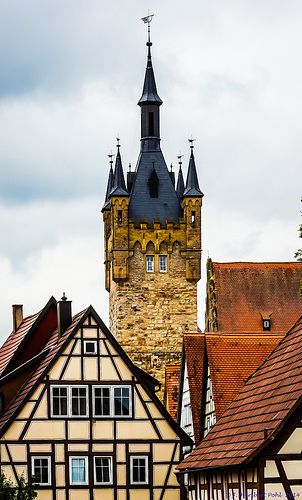 The Bürgerspital (donated around 1230) is one of the oldest half-timbered buildings of the town. Since 1992 it contains the imperial town’s museum. 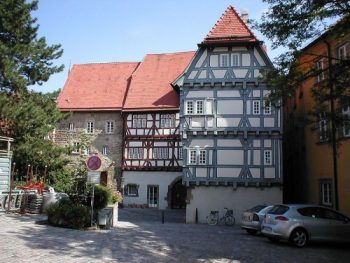 Inside the whole old part of the town there are many half-timbered buildings of the 16th century. 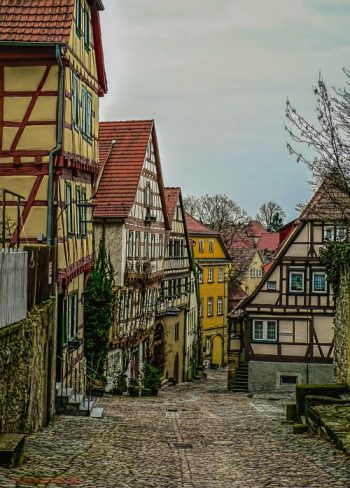 This Middle Age town, less than a hour from Heidelberg, is one of our preferred places in the Neckar valley and for good reasons: it was left mainly intact during the first and the second world wars and thus, still has very old well look after houses. Another interesting characteristic of Bad Wimpfen is that you can see beautifully preserved Franconians as well as Alemans half-timbered houses, some of them dating from the 14th century. 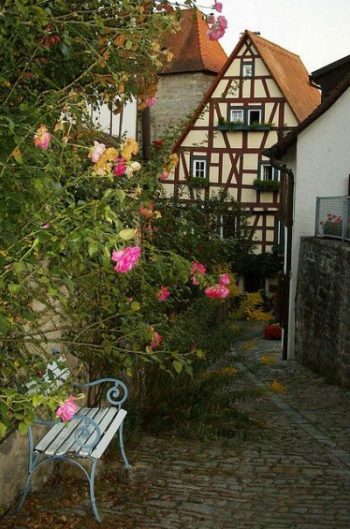