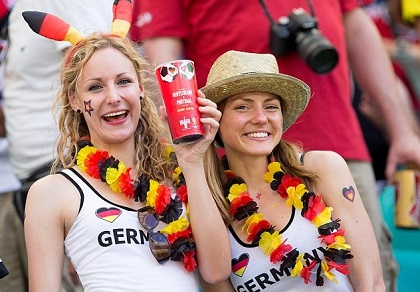 Real Germans are the inventors of Political Correctness. If you think this is something fashionable they came up with in the 90’s in the U.S.- WRONG! Germany has been practicing Political Correctness with a fervor since about 1965, and making improvements along the way.

Real Germans will deny any knowledge of Jewish Jokes publicly and shall make all efforts to publicly condemn Jewish Jokes as the absolute epitome of poor taste. Although I have heard most of the most sickening distasteful Jewish Jokes in the German Language, we shall stick with the story that officially in Germany, Jewish Jokes are despicable (irregardless of how funny they are)!

There have even been trends in the language to prove their efforts in political correctness. Jews are no longer know as Jews in Germany, officially they are Jewish Co-Citizens; likewise other foreign and ethnic groups have received this title; Turkish Co-Citizens, Foreign Co-Citizens, Asylum Co-Citizens, etc. It would seem strange that although the aim is to incorporate these ethnic groups into their society, they selectively segregate them by deigning them “Co-Citizens”.

The politically conscious real German likes to wear their political correctness on their sleeves (or in most cases on their jackets) by wearing one of those solidarity colored-looped ribbons for every disaster that hits the news. Important is for real Germans is that the world and the neighbors publicly see their empathy and sympathy. With every new disaster the entire real German public suddenly takes the word “Betroffenheit” in their mouths. “Betroffenheit” in this case does not mean shame or embarrassment as the dictionary defines, but rather “I feel bad, too!”. The parade of ribbons the real German has in his bedroom dresser drawer is astonishing; pink for homosexuals; red, white & blue for the Americans; red for numerous occasions (PKK, GUS or anyone else who claims this color); black, red & gold for world matches; yellow for prisoners or hostages; even black & white spotted for BSE-infected cattle.

The real German also keeps a supply of red graveyard candles handy at home in case of some local or world-wide disaster, so that they can demonstrate their political correctness and display their “Betroffenheit” publicly in an evening candle-lighting ceremony (favorably in front of a news camera) if some student runs amok and shoots everyone, a former Soviet jet full of school children crashes or another earthquake occurs in Turkey, China or Antarctica.