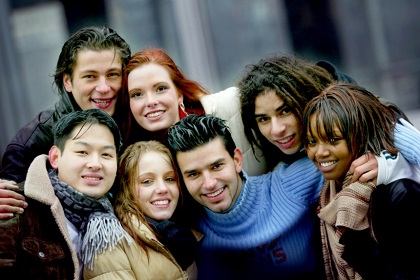 Hand-in-hand with the political correctness, real Germans profess a profound interest in almost any culture other than their own. Trendy real Germans worship native cultures and are the first to condemn other Western nations for “ruining” original cultures. Popular with the real Germans is their everlasting faith that the Native American Indian Culture was pure noble and pristine.

Real Germans will be the first to criticize the Americans for destroying this heritage. This often may seem strange when you consider that 60% of the European immigrants that migrated to North America in the last 200 years were of German descent. Equally strange is the common real German notion that the Native American Culture was pure and innocent and did not know crime or deceit until the event of the intrusion of the White Man. Discussions can prove to be rather interesting when questioning the views of real German’s attitudes of original cultures. On the one hand, they feel that is absolutely necessary to leave the culture intact, that is to maintain it’s purity. On the other they will argue in the same breath, that they have to impose their own social standards upon this culture, e.g. they are opposed to the native culture not respecting women, abusing children for labor, and believe that the culture should be forced to accept a social plan, and have state medical insurance services made available to them. Paradox, huh?

In this case I shall break it down by gender, although you cannot always judge with subjects real Germans will pick based on their gender:

1. Sports & Hobbies
2. Politics
3. Money
4. Job
5. Automobiles or technical machines, devices, etc., house improvements
6. Jokes
7. Where they spent their last vacation and what they did and/or where could they go next time
8. Future plans
9. Eating and cooking and where to go out
10. Horrid accidents, sickness caused by alcohol consume, defecation.

Some of the German women reading this will say, that this unfair, because they also like talking about other subjects, so I will also include this category:

What Real German Other* People Like to Talk About: