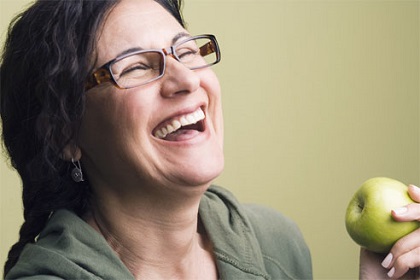 The traditions of German political satire are rather old and conservative, especially in Eastern Germany. In most large cities there were cabarets financed by the government. Texts went through the obligatory censor, the jokes making a mock of West were welcomed. Barbed remarks concerning country’s life were also permitted. Horsebacks were a canonic element in the comics’ shows, adding some cunning features to the performance, because one could here something dangerous any moment.

Germans feel the foolishness at once, their rational life perception is able to exclude even very interesting ideas. For example, the providing of the law concerning sexual minorities is just a reason for barbed remarks.

German humor is hard to translate into other languages, because the original text is always more bright and sarcastic. Most of the translated German jokes do not seem funny at all. A person studying German has an opportunity to find a great humor segment reflecting all the spheres of German culture.

German humor depends directly on a situation. There is always time and place for jokes and laughter. But the discipline (Ordnung) dictates that humor is not allowed at work. It is not recommended to joke with a boss (though it is not forbidden to trifle with colleagues), to try to advance the sale of goods by means of cracks or to add some tricks to a lecture. Irony is not their strongest point, it could be treated as sarcasm or even mockery.

German humor is always concrete. One will not throw a creamy cake in someone’s face. Though Germans never miss an opportunity to trifle with someone, their self-assurance does not allow any kind of self-irony. Germans don’t presume jokes towards the foreigners; they began to goof on Eastern Germans only after the unification. As a rule the main objects of German humor are the distinctive peculiarities of particular German regions’ citizens (for example, the primness of Prussia natives, Bavarian uppity and carelessness, foolishness of Eastern Germans, Berliners’ foxery, Saxons’ cunning). Bavarians consider a joke to be the best appropriate weapon to retaliate upon their old enemies – Prussians. Swabians do not think that their prudence is a laughing matter.

Germans are always eager to explain a joke in details if a foreigner does not understand it.
If a German tries to make you laugh, you can easily miss all your meetings or other planned events.

In Germany there is a special time for humor. A good example is a splendid tradition of the Carnival, extremely popular in the Rhine area. The holiday begins on a strictly determined day and time (11.11). During the Carnival the mess is officially allowed and even encouraged. To avoid serious disorders there are definite rules. During the official speeches (a selection of jokes, anecdotes and funny fables) every trick is followed by the orchestra so that nobody could laugh in an inappropriate place.

From our Guest Author MARINA