Birth of Otto Ludwig in Eisfeld, Germany. Ludwig was a novelist and playwright of the period of Poetic Realism, a term which he coined. Among his works are Die Erbförster (1850), and Zwischen Himmel und Erde (1855). Ludwig died in Dresden, Germany on February 25, 1865. 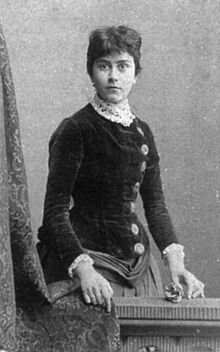 Birth of Hans-Georg Gadamer in Marburg, Germany. Gadamer, a philosopher, is considered one of the leading figures of the 20th century in philosophical hermeneutical theory. He was a professor at the universities of Leipzig, Frankfurt am Main and Heidelberg.

Death of the biologist Jacques Loeb in Hamilton, Bermuda (born in Mayen, Germany). Loeb completed his M.D. at the university of Strasburg. He taught at the Universities of Würzburg and Strassburg. He moved to the United States in 1891 where he taught at Bryn Mawr College, the University of Chicago and the University of California at Berkeley. Loeb is most noted for his studies of reproduction without fertilization (parthenogenesis). He was able to cause the development of sea urchin larvae from unfertilized eggs through environmental manipulation and later repeated the process with frogs. 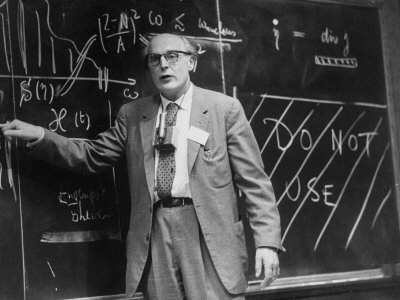 Death of the German nuclear physicist Hans D. Jensen (1907-1973) . During World War II, he worked on the German nuclear energy project, known as the Uranium Club, in which he made contributions to the separation of uranium isotopes. After the war Jensen was a professor at the University of Heidelberg. He was a visiting professor at the University of Wisconsin–Madison, the Institute for Advanced Study, Indiana University, and the California Institute of Technology. Jensen shared half of the 1963 Nobel Prize for Physics with Maria Göppert-Mayer for their proposal of the nuclear shell model. 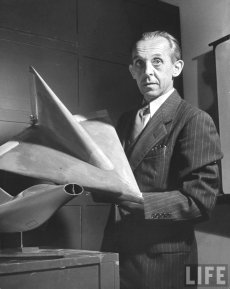 Death of Alexander Lippisch (1894-1976) in Cedar Rapids, Iowa (born in Munich, Germany). Lippisch was a German pioneer of aerodynamics. He made important contributions to the understanding of flying wings, delta wings and the ground effect. His most famous design is the Messerschmitt Me 163 rocket-powered interceptor. His ideas became important in the later design of jet and rocket aircraft. He designed the world’s first rocket airplane which used solid fuel and first flew in 1928. He immigrated to the United States in 1965 and founded the Lippisch Research Corporation in Cedar Rapids, Iowa.