Birth of Sigismund, the Holy Roman Emperor from 1433-1437, near Nürnberg, Germany. He was the last emperor of the House of Luxembourg. In 1396 he assembled and led an army against the Turks, who had penetrated as far as Serbia, but he was badly defeated in the campaign. It was Sigismund who invited Jan Hus to the Church Council of Constance to defend his views. After his appearance Hus was burned for heresy. In 1428 Sigismund led another crusade against the Turks, but was defeated again. 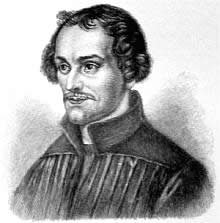 Birth of Philipp Melanchthon (1497-1560) (Philipp Schwartzerd) in Bretten, Germany. Melanchthon was a friend and enthusiastic supporter of Martin Luther. In 1518 he was appointed at the University of Wittenberg as its first professor of Greek. In 1521 he published Loci communes, a systematic treatment of evangelical doctrine. (At one point Martin Luther commented that the book deserved a place in the cannon of Scriptures.) He was involved in the founding of the universities of Königsberg, Jena and Marburg. At the Diet of Augsburg (1530) Melanchthon was the leading Protestant delegate and wrote the Augsburg Confession.

Birth of Michael Praetorius (pseudonym of Michael Schuldheiss) in Kreuzberg, Germany. Praetorius was a composer and music theorist. His book Syntagma musicum, published between 1605-1610, is a central source of information on music of the 17th century. He died on his birthday in 1621 in Wolfenbüttel, Germany.

Death of the Holy Roman Emperor, Ferdinand II, in Vienna, Austria. Ferdinand was the leading proponent of the Catholic Counter-Reformation and defender of absolutist rule in the 30 Years’ War. 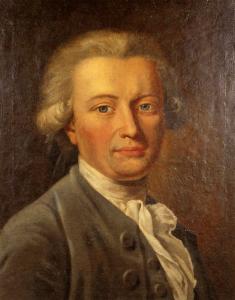 Birth of Friedrich August Wolf in Haynrode, Germany. “Pro le go me na ad Homerum” (1795); Therewith he created the “Homeric question”. Wolf was the first student admitted to the field of philology at the University of Göttingen in 1777. (At that time it was a new subfield of theology.) He became a professor at the University of Halle where he raised philology to an independent academic field of study. 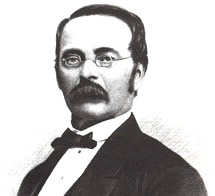 Birth of Heinrich Engelhardt Steinweg (1797-1871) (later changed to Henry Steinway) in Wolfshagen, Germany. Steinway founded a piano company in 1835. In 1849 he immigrated to the United States. In 1853 he opened a piano company in New York. He and his son introduced many innovations into piano building and the Steinway piano became a model of quality pianos. The company opened a branch in London in 1875 and one in Hamburg in 1880. The Steinway remained in family ownership until 1972. Steinway died on February 7, 1871 in New York City.

Birth of Emil Kraepelin in Neustrelitz, Germany. A psychiatrist at the universities of Heidelberg and Munich, Kraepelin organized psychiatric disorders into a system usable by psychiatrists. The first publication of his Compendium der Psychiatrie was in 1883. His system was the starting point for contemporary classifications. He was the first to distinguish between schizophrenia and manic-depressive psychosis.