Death of Friedrich I (also called Friedrich der Streitbare) in Altenburg, Germany. Friedrich became the Elector of Saxony in the Holy Roman Empire. He assisted the emperor, Sigismund, in a campaign against the Bohemian adherents of Jan Hus in 1420.

Birth of Bl. Liberatus (Johannes Laurentius Weiß) in Konnersreuth, Germany (near Bayreuth). He entered the Franciscan order at age 18, taking the name Liberatus. He was ordained in 1698. He became a missionary to Ethiopia. He worked there until 1716 to bring the Ethiopian church back into accord with the Roman Church. In 1716 he was put to death by stoning in reaction against his efforts. He was beatified by Pope John Paul II in 1988. 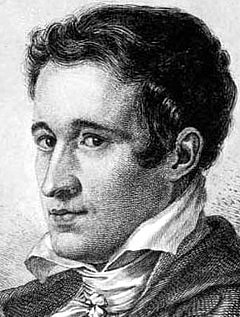 Jakob Grimm (1785-1863) is born in Hanau, Germany. Along with his brother, Wilhelm, he is known most for the Grimms’ fairy tales, published as Kinder- und Hausmärchen (1812-1822). But the brothers did a huge amount of work which is equally important but less known. Between 1816-18 they published Deutsche Sagen, a collection of German legends. Between 1819 and 1837 Jakob prepared a complete German grammar, Deutsche Grammatik. His work in linguistics led to a new science. Grimm’s law in linguistics is named for Jakob Grimm. He further published an analysis of ancient Germanic law, Deutsche Rechtsaltertümer. The most extensive work undertaken by the brothers was the complete German dictionary, Deutsches Wörterbuch. The work was so extensive that neither lived to see it completed. Scholars continued the work after the Grimms’ deaths and finally finished it about a century after they had started it. Jakob also published a history of the German language, Geschichte der deutschen Sprache.

Death of the philosopher, Moses Mendelssohn, in Berlin, Germany. His work contributed significantly to the ability of Jews to integrate into German society. He was a friend of the dramatist Gotthold Ephriam Lessing and influenced the character, Nathan, in the Lessing play, Nathan der Weise. In his own life Mendelssohn was given the appellation “the German Socrates.” His grandson was the composer Felix Mendelssohn. 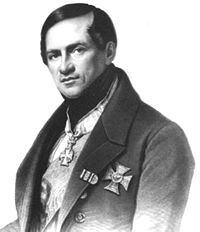 Birth of Wilhelm Beer (1797-1850) in Berlin, Germany. Beer, an amateur astronomer, constructed the most complete map of the moon of his times, Mappa Selenographica, together with Johann Heinrich Mädler. The map was published in 1836. In 1830, Beer and Mädler created the first globe of the planet Mars. In 1840 they made a map of Mars and calculated its rotation period to be 24 h 37 min 22.7 s, only 0.1 seconds different from the actual period as it is known today. 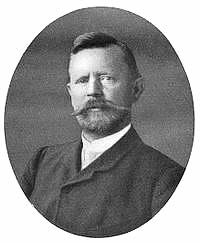 Birth of Carl Humann (1839-1896) in Steele, Germany. Humann was an archaeologist who, under the auspices of the Berlin Museum, excavated the ancient Greek city of Pergamum in modern-day Turkey. He also excavated the Greek city of Magnesia, another ancient city located in modern Turkey.

Birth of Wilhelm Lehmbruck in Meiderich, Germany. Lehmbruck was an Expressionist sculptor. He also created prints and paintings.

Death of Alfred Graf von Schlieffen in Berlin, Germany. Schlieffen was the general who developed the “Schlieffen Plan” which was used in World War I to deal with a two-front war. The plan called for an initial massive attack on France with the assumption that Russia would mobilize sufficiently slowly to allow the completion of hostilities in the West before forces would be needed in the East. Schlieffen died the year before the outbreak of war. When the plan was actually used, Schlieffen had been replaced by Helmuth von Moltke, who made modifications of his own.

Birth of Bernhard Lehner (1930 – 1944) in Herrngiersdorf near Regensburg. At age 13 he fell ill and was hospitalized. After 10 weeks of intense suffering which he accepted with dedication to God, he died. He is said to have had healing powers during this period and helped others in their illnesses. He was buried in his home town. Many began to regard him as a saint. In 1950 the process of beatification was initiated by the Church. On September 12, 1952 his remains were moved from the local cemetery to the church. 20,000 people came to participate.

In an attempt to gain power, Franz von Papen makes a deal with Hitler and is able to have him appointed chancellor. Von Papen believed he would be able to control Hitler and the Nazis. 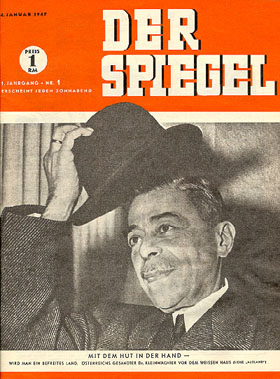 The first issue of the news magazine Der Spiegel is published. It had been started as a publication under the authority of the British occupation forces. In 1947 it was thought that the Germans could be trusted to publish a new magazine without British oversight. The name was then changed from Diese Woche to Der Spiegel. The publication has come out every week since then as a news magazine with a format similar to the American Time magazine.

Death of Erwin Schrödinger in Vienna, Austria. Schrödinger was a theoretical physicist who won the Nobel Prize for Physics in 1933 for his work on the wave theory of matter. He was on the faculty at the University of Berlin until 1933 when he resigned and left due to growing Nazi influence in Germany. 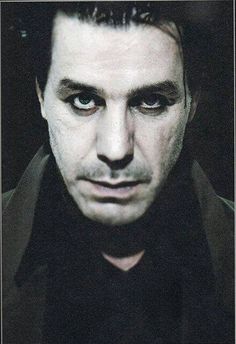 Birth of Till Lindemann in Leipzig. Till Lindemann is a German singer, songwriter, musician, actor, poet, and pyrotechnician. He is best known as the lead vocalist and frontman of the German Neue Deutsche Härte band Rammstein. He is noted for his muscular stature, unique stage performances (including the use of pyrotechnics and a specific move known as “The Till Hammer”), and bass voice. He is also known for his lyrics, some of which have caused controversy. Worldwide, Rammstein has sold over 10 million records, with five of their albums receiving platinum status.