Death of Joseph Green, Immanuel Kant‘s closest friend over many years. The two of them dined together very frequently and had long conversations. Some of the vocabulary of mercantilism used by Kant in his books originates from Green. Kant was in the habit of discussing new ideas with Green before other academics and asking Green to read and comment on his works prior to publication. His death was a powerful blow for Kant.

Death of Johann Heinrich Merck in Darmstadt, Germany. Merck supported Christoph Friedrich Nicolai, Christoph Wieland, Johann von Herder and Johann Wolfgang von Goethe, young “Sturm und Drang” writers. He was one of the founders of the Frankfurter Gelehrte Anzeigen in which some of Goethe’s early works were published and he contributed to the Allgemeine deutsche Bibliothek and Der teutsche Merkur.

Death of Wenzel Anton von Kaunitz in Vienna, Austria. Kaunitz was a minister of Austria and a powerful influence on the Empress, Maria Theresa. A long time foe of Prussia, he was able to shift European alliances and, for a time, virtually isolate Prussia. 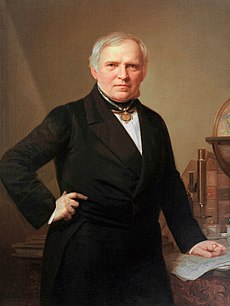 Death of Christian Gottfried Ehrenberg in Berlin, Germany. Ehrenberg was the biologist who founded the science of micropaleontology. He was the first to study coral scientifically.

After his death in 1876, his collections of microscopic organisms were deposited in the Berlin’s Natural History Museum (this museum was a part of the University of Berlin until it left the university in 2009). The “Ehrenberg Collection” includes 40,000 microscope preparations, 5,000 raw samples, 3,000 pencil and ink drawings, and nearly 1,000 letters of correspondence. His collection of scorpions, and other arachnids from the Middle East, is also held in the Berlin Museum.

He was also the first winner of the Leeuwenhoek Medal in 1877. In his hometown, Delitzsch, the highest A-Level school, the “Ehrenberg-Gymnasium” is named after him. The best student of the school year receives the Ehrenberg Prize and a scholarship. Ehrenberg Island in the Svalbard archipelago is named after Ehrenberg. 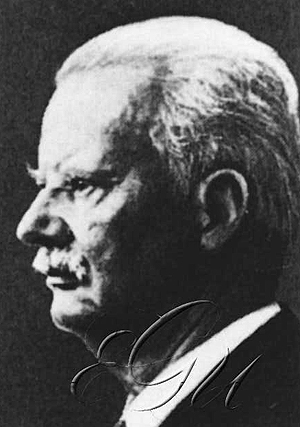 Using micro-surgery techniques, he operated on fertilized animal eggs which were smaller than pinheads. His experiments showed that when an embryo is transplanted to a different region of an animal, it causes the surrounding tissue to develop abnormally, “as if it were the bastard of some primitive miscegenation.” Called “the organizer effect”, this research won Spemann the 1935 Nobel Prize for Medicine.

Death of Walter Dornberger in Germany. Dornberger was an engineer who worked with Werner von Braun on the rocket engine. He was involved in the construction of the V-2 rocket. In 1947 he immigrated to the U. S. and worked on American missiles for the Air Force.