Birth of Leopold I in Vienna. As Emperor of the Holy Roman Empire he brought Austria to a position of influence.

Birth of Georg Friedrich Grotefend in Münden, Germany. Grotefend made the first major breakthrough in the deciphering of ancient Persian cuneiform script.

Birth of Otto Nicolai in Königsberg (then Prussia), the composer of Die lustigen Weiber von Windsor (The Merry Wives of Windsor).

Birth of Johann Gottfried Galle (1812-1910) in Gräfenhainichen, Germany. He was a German astronomer, who, on 23 September 1846, with the assistance of student Heinrich Louis d’Arrest, was the first person to view the planet Neptune and know what he was looking at. He used the calculations of Urbain Le Verrier to know where to look.

Death of Friedrich Gentz in Vienna, Austria. Gentz studied in Königsberg with the philosopher, Immanuel Kant. When the French Revolution took place he greeted it as an awakening of the human spirit, but he soon recognized the shortcomings and spent the rest of his life in opposition. In 1803 he took up residence in Vienna where he became a friend of the foreign minister, Prinz von Metternich. Under Metternich he became an official at the Viennese court and a personal advisor to Metternich.

Birth of Bertha von Suttner in Prague (then Austrian Empire). Von Suttner was an Austrian novelist and a noted pacifist. She influenced Alfred Nobel to establish the prize for peace. 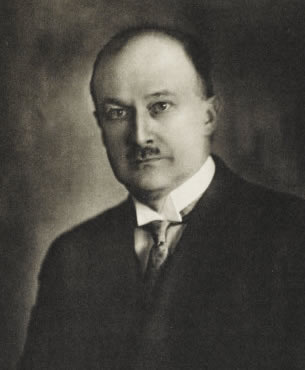 Death of Adolf Windaus (1876-1959) in Göttingen, Germany. Windaus won the Nobel Prize for Chemistry in 1928 for his research on vitamin D. Windau was a professor at the University of Göttingen. 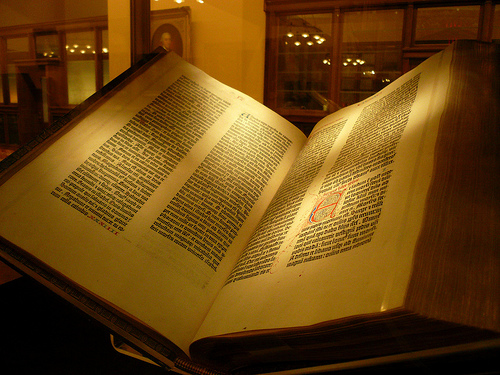 A Gutenberg Bible was sold in London for $2,400,000. Johannes Gutenberg invented printing for the West in his workshop in Mainz, Germany. The Gutenberg Bible (also known as the 42-line Bible, the Mazarin Bible or the B42) was the first major book printed with movable type in the West. It marked the start of the “Gutenberg Revolution” and the age of the printed book in the West. Widely praised for its high aesthetic and artistic qualities, the book has an iconic status. Written in Latin, the Gutenberg Bible is an edition of the Vulgate, printed by Johannes Gutenberg, in Mainz, Germany, in the 1450s. Forty-eight copies, or substantial portions of copies, survive, and they are considered by many sources to be the most valuable books in the world, even though a complete copy has not been sold since 1978. The 36-line Bible, believed to be the second printed version of the Bible, is also sometimes referred to as a Gutenberg Bible, but is likely the work of another printer.

The Austrian writer of experimental literature, Ernst Jandl, dies in Vienna at age 74. The writer of lyric, dramas and radio plays had won the Georg Büchner Prize for literature. His volumes of poetry include, “Andere Augen” (1956), “Laut und Luise” (1966) and “Sprechblasen” (1969). Plays by Jandl include Fünf Mann Menschen, Der Gigant and Spaltungen.