Birth of Ferdinand I in Alcala de Henares, Spain. The Spanish born Habsburg, Ferdinand, would become the Holy Roman Emperor, and the king of Bohemia and Hungary. In the “Peace of Augsburg” of 1555 he agreed to the right of regional princes to determine the religion of their own territories.

Death of St. John Ogilvie (1580 – 1615). St. John Ogilvie was born in Scotland in 1580. He was brought up within the Calvinist tradition. As a youth he was sent to attend school in Regensburg, Germany. In Regensburg he converted to Catholicism. He then became a Jesuit and lived in Vienna and Graz, Austria. He was ordained a priest in 1613. As a priest he returned to Scotland to assist the oppressed Catholic church. In 1614 he was arrested by the protestant archbishop and imprisoned and tortured. In 1615 he was hanged and quartered. He was canonized as a martyr by Pope Paul VI in 1976.

Birth of Georg Friedrich Creuzer in Marburg an der Lahn, Germany. Creuzer, a professor of classical philology at the University of Heidelberg, introduced a controversial concept in his Symbolik und Mythologie der alten Völker, besonders der Griechen (1812). In that book he stated that the mythology of Homer and Hesiod came from an earlier oriental source.

Birth of Friedrich von Schlegel in Hannover, Germany. Schlegel was one of the literary critics who laid the groundwork for the literary period of Romanticism. He gave new emphasis to interest antiquity and the Middle Ages. As many of the Romantics, he converted to Roman Catholicism, which he felt close to his ideals of medieval Romanticism. 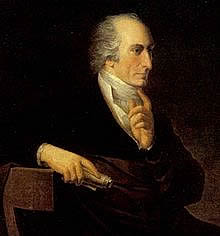 Death of Friedrich Heinrich Jacobi (1743-1819) in Munich, Germany. The philosopher, Jacobi developed the philosophy of feeling (Gefühlsphilosophie). He was highly critical of the rationalism of Spinoza and of the dualism of sensibility of Kant. Jacobi was a friend of the poet Martin Wieland and the dramatist/critic G. E. Lessing. 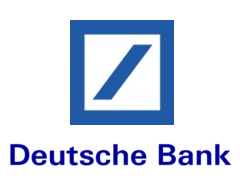 Die Deutsche Bank was licensed by König Wilhelm of Prussia. It started operations on April 9 in Berlin. 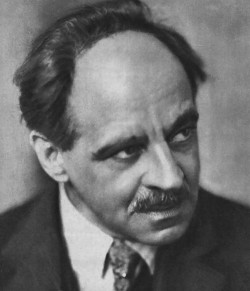 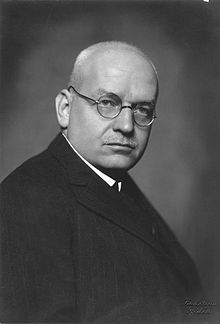 Birth of Hans Luther in Berlin, Germany. A politician, Luther was the mayor of Essen before moving to national politics in the Weimar Republic. He was finance minister in the cabinet of Gustav Stresemann and was successful in stabilizing the currency after the great inflation. In 1925 and again in 1926 he was named chancellor. In 1930 he became the president of the Reichsbank (Germany’s central bank). From 1933 to 1937 he was the ambassador to the United States. In 1937 he retired from politics.

German-born filmmaker Billy Wilder is honored with the German “Verdienstkreuz”. The award was presented in Hollywood, California.