Birth of Martin Chemnitz in Treuenbrietzen, Germany. A leading Protestant theologian, Chemnitz did much to unify the Protestants in the early Lutheran church. 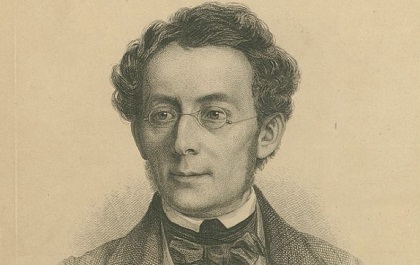 Death of Friedrich Wilhelm Ritschl in Leipzig, Germany. Ritschl was a classicist specializing in the works of Plautus. He served as a professor at the universities of Halle, Breslau, Bonn and Leipzig. It was at Bonn that he worked with a promising freshman, Friedrich Nietzsche. When Ritschl moved to the University of Leipzig in 1865 Nietzsche followed him and ultimately received his doctorate from Leipzig under the tutelage of Ritschl. It was Ritschl who recommended Nietzsche for his position at the University of Basel. Later after the attacks on Nietzsche’s first book, Die Geburt der Tragödie, Ritschl distanced himself from his student. 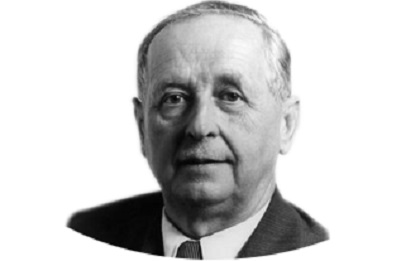 Birth of Hermann Weyl in Elmshorn, Germany. Weyl was a mathematician who developed contacts between pure mathematics and theoretical physics. He made significant contributions to quantum mechanics and the theory of relativity. His book Raum, Zeit, Materie (1918) presents his work on relativity. He had only had his appointment at the University of Göttingen for two years when the Nazis came to power and he wisely accepted an offer from the Institute of Advanced Study in Princeton, New Jersey.

Resignation of Kaiser Wilhelm II as a consequence of the German loss in WWI. He flees to the Netherlands. A socialist government takes control. 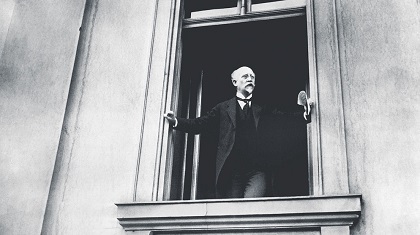 In the face of the chaotic conditions in Germany and the threat of a leftist revolution, Philipp Scheidemann addresses a crowd from a balcony of the Reichstag and announces the formation of a republican form of government for Germany. In reality he had no authorization to do so. Neither the government nor even his own party had agreed to such a decision. But once the announcement had been made, conditions were such that none were able to withdraw from the perception and the Weimar Republic came into existence.

Der 9. November is the title of a novel by Bernhard Kellermann and published in 1921. It is a story of the German insurrection of 1918.

Hitler stages a takeover march in Münich with 3,000 Nazis which is halted with gunfire by the police. 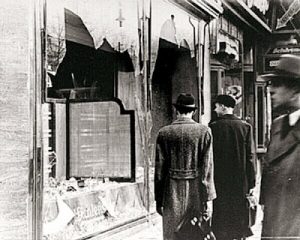 Kristallnacht or Reichskristallnacht, also referred to as the Night of Broken Glass, Reichspogromnacht or simply Pogromnacht, and Novemberpogrome, was a pogrom against Jews throughout Nazi Germany on 9–10 November 1938, carried out by SA paramilitary forces and German civilians. Over 250 synagogues are desecrated, over 7,000 shops are destroyed, 91 Jews are murdered, 20,000 persons are arrested. The cynical term “Kristalnacht” refers to the shop windows which were broken. 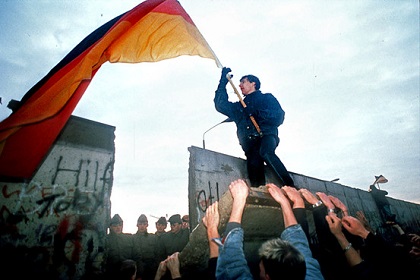 The border between East Germany and West Germany is opened. During the night of November 9 thousands of East Germans flood into West Berlin.

Helmut Kohl, Michail Gorbatschov and Ronald Reagan are made honorary citizens of Berlin for their contributions to German reunification.